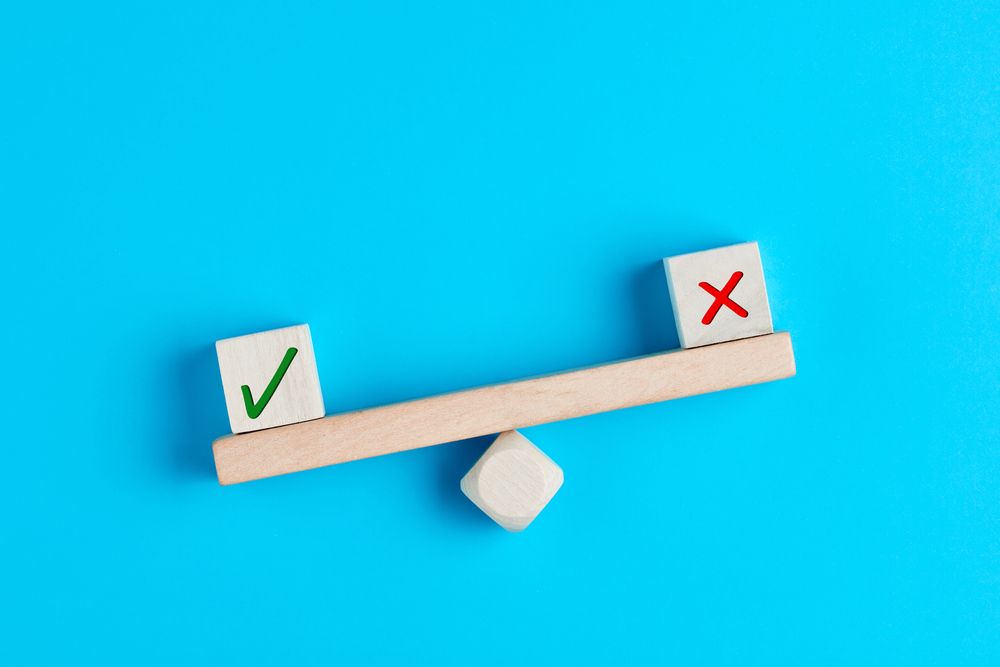 The American election system has become almost as hotly contested as some political races in recent years, as voters and poll-watchers increasingly express concerns about fairness, inclusiveness, accuracy and transparency. Many individuals and organizations are promoting ranked choice voting as an alternative to traditional single-choice elections, as a way to address these systemic concerns.

With ranked choice, rather than voting for just one candidate for each position, voters have the opportunity to prioritize their preference for all candidates, picking not only their first choice but ranking remaining candidates in descending order—second choice, third, etc. (Not yet familiar with ranked choice voting? This short Washington Post video explains how it works.)

So, is ranked choice voting better, or not?

When we talk about “voting,” the first thing that comes to mind for most people is national elections. And, certainly, national elections in recent years have focused public attention on the complexities and short-comings of the entire process of campaigning and voting. However, across the country, we vote for everything from high school and college student government representatives to a whole panoply of local and state leadership positions and ballot initiatives. Unions and other organizations and private businesses hold elections.

Ranked choice voting, or RCV, can be applied anywhere.

There is no question that ranked choice voting is gaining traction. The National Conference of State Legislatures has been talking about RCV since 2017, and a growing number of cities and states around the country have adopted it, at least for some types of elections. At least 85 US colleges and universities are using RCV for all or some student government elections.

Proponents of ranked choice voting say it gives voters a stronger voice by making elections fairer. But many voters and elections experts still have reservations. So, let’s take a closer look at the pros and cons of RCV.

There is a lot to like about ranked choice

Because voters can express some level of preference for all candidates, the final winner will be the one who has the strongest support from the most voters. With traditional single-choice voting, it is possible for a candidate with a very strong base of support to win, even if that candidate is strongly disliked by other voters.

Candidates who want to win will have to make their case to all voters, not only their biggest fans, in order to get as many second-choice votes as possible. Mud-slinging is likely to backfire. FairVote reports that “Voters in RCV cities report more positive campaigning and greater satisfaction with their elections.”

Ranked choice allows voters to pick the candidate they really want, rather than worrying about the “strategic” effect of their vote. All too often, voters feel they are merely voting for the “lesser evil” rather than making a positive choice, but they do so because they believe their first choice probably won’t win anyway. Or, in a primary, that their lesser-evil choice candidate has a better chance to win against the likely candidate of the opposing party. This can effectively cut out candidates from minority parties or who do not have official support from within their party.

All candidates have the same chance to receive votes, regardless of viewpoint, ethnic or cultural background. Likewise, candidates with similar viewpoints have an equal chance, without candidates or voters worrying about “splitting” the vote. This encourages a more diverse slate of candidates.

The League of Women Voters of Vermont (LWVVT) officially supports ranked choice voting. Among other reasons they cite the fact that “towns that use IRV tend to have better voter turnout than before they started the IRV. People are less turned off by the campaign process and happier with the election results.”

Elections are expensive. A single ranked choice election eliminates the costs of holding primaries as well as run-off elections.

Yet, there are also concerns about RCV

Some people are hesitant to accept change. If people are suspicious of the new system, that could lead to reduced voter turnout rather than the desired increase in participation.

Adopting ranked choice voting requires re-educating voters on how to use the system. It’s not necessarily as simple as it sounds, and depending on how votes are cast (electronically vs. paper, for example), it may be easier for voters to make mistakes that invalidate their vote for a particular position or their entire ballot. Worse, if voters find the new experience overwhelming, they may decide to sit out the next election.

If there are problems with a ballot, at what point is it disqualified? And who will make these decisions? As one expert on electronic survey design put it, “at some point aren’t we looking for dimpled ballots and counting chads?” On the other hand, according to the LWVVT, “Analysis of ballots in RCV jurisdictions demonstrates that voters overwhelmingly do rank their choices and make few errors in doing so.”

If RCV is used to eliminate primaries and caucuses, what criteria will be used to determine which or how many candidates can be on the ballot? Some experts argue that, while more choices would be good, too many candidates could simply overwhelm voters. RCV opponents also argue that primaries give voters more opportunities and more time to learn about candidates.

The best way to decide for yourself whether ranked choice voting is a good or not-so-good election system is to learn more. Just as with elections themselves, the more you know about RCV, how it is being used and how well it’s working, the easier it will be to make your own informed decision. And isn’t that always the goal?