A Different Way to Vote Gets a New York City Audition 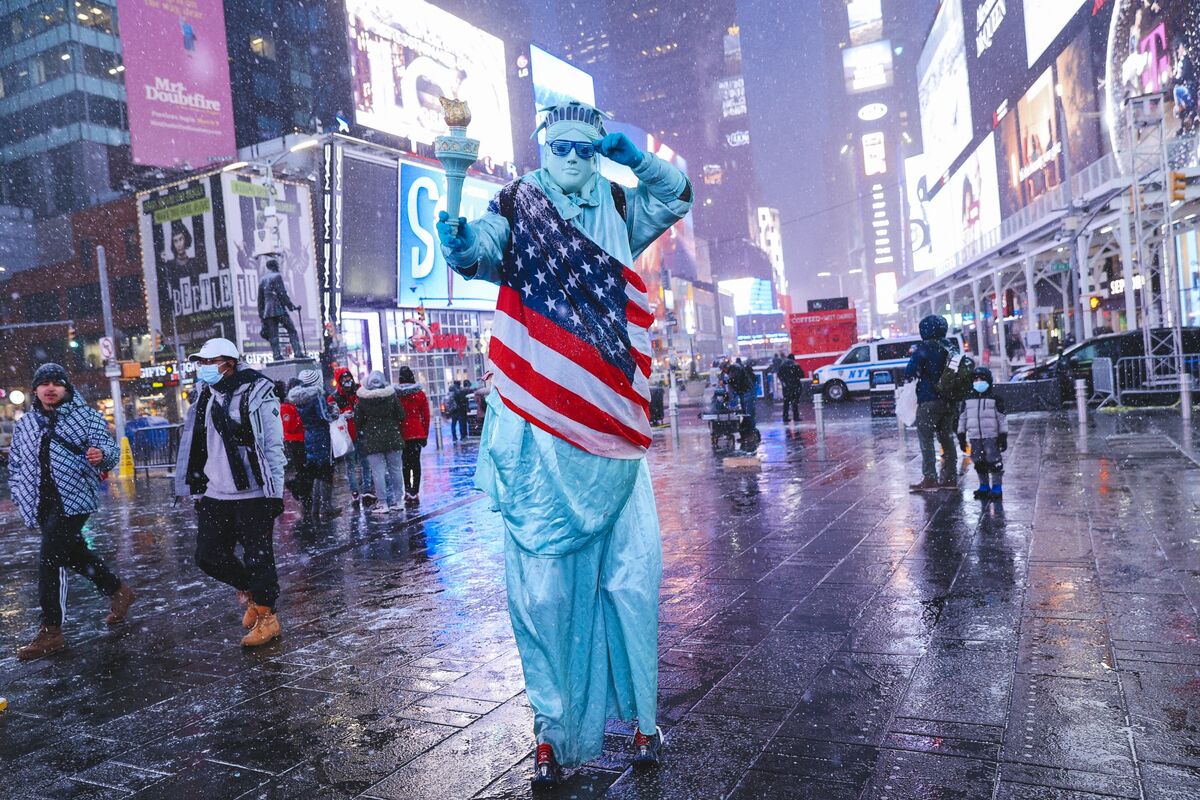 The vast majority of federal and state elections in the U.S. are guided by plurality rule: Each voter selects one candidate, and the person with the most votes wins. Critics say this system, while simple to grasp, means voters can’t fully express their views on a multicandidate field. An alternative way to vote has drawn interest in U.S. municipalities, and Maine last year became the first U.S. state to use it in a presidential general election. This year, for its mayoral election, New York City gives ranked-choice voting a try.

1. How does ranked-choice voting work?

Voters choose their favorite candidate but also can select a second-favorite, a third and so on. If a candidate gets at least 50% of first-place votes, that person wins -- just like in any other election. If not, the candidate with the fewest first-place votes is eliminated. Tabulators then examine the No. 2 choices on every ballot cast for the eliminated person and distribute those votes among the field. The process continues until a candidate garners a majority. Ranked-choice voting is also known as alternative voting, instant-runoff voting or -- when applied to races with multiple winners -- single transferable voting .

2. How does it change elections?

Ranked-choice voting rewards candidates who are broadly liked, even if they’re not the first choice of a majority of voters. It can hurt highly divisive candidates who, while loved by some voters, are despised by others. Advocates say that can encourage office-seekers to run more substantive, less nasty campaigns.

3. Has a second-place finisher ever vaulted to victory due to ranked-choice voting?

Yes. It happened in 2017, when Phillipe Cunningham won a seat on the Minneapolis City Council from a four-candidate field. In counting first-choice votes, he finished behind incumbent Barb Johnson, who was the longest-serving council president in that city’s history. But when the first-place votes of the lowest-polling candidates were eliminated, Cunningham gained 465 of second-choice votes, compared with Johnson’s 172, and that was enough to clinch his win. He was one of two transgender candidates to win council seats in that election.

4. Who else votes this way?

Forms of ranked-choice voting have been or are used in Australia , Ireland, Malta and New Zealand. Most European democracies elect their legislatures via a related idea known as proportional representation , under which seats are allocated to parties in proportion to their share of the vote.

Not new at all. The first U.S. ranked-choice election took place in 1915 in Ashtabula, Ohio, according to the nonprofit Election Administration Resource Center. Several cities adopted it in the 1920s and 1930s. Plurality systems -- known as first-past-the-post in the U.K. and elsewhere -- gained favor in the 1950s, because they could be done with machines, while ranked-choice then had to be counted by hand, according to the National Conference of State Legislatures. Ranked choice has returned to favor over the past two decades. San Francisco, Minneapolis and Santa Fe, New Mexico, are among 18 U.S. cities that use it in municipal elections. Five states -- Alaska, Hawaii, Kansas, Nevada and Wyoming -- used the system in 2020 presidential primaries or caucuses, according to FairVote . New York City residents approved , with 74% support, a 2019 ballot measure to use ranked-choice voting in special and primary elections for local offices, including mayor and City Council.

With Mayor Bill de Blasio stepping down because of term limits, more than a dozen candidates are seeking the Democratic nomination for mayor in the June 22 primary. (Because New York City is so heavily Democratic, the winner of that primary will be heavily favored to be the next mayor.) Voters will be able to rank five candidates. The Republican primary, too, will operate on a ranked-choice basis, assuming at least three candidates are running.

Supporters say it gives voters more opportunity to influence who gets elected and rewards candidates who have broad appeal. FairVote , a nonpartisan group that promotes electoral reform, says ranked-choice voting discourages negative campaigning and promotes the representation of underrepresented groups. Ranked-choice voting also assures that, in the end, a majority rather than a mere plurality decides the result.

8. What are the concerns?

Critics say that ranked-choice voting is complicated and can confuse voters, especially those who don’t have time or interest to learn about more than their favored candidate. Three New York City Council members, in urging defeat of the 2019 ballot initiative, said ranked-choice voting “benefits ‘safe’ second choice candidates -- whites and establishment candidates -- and hurts the ability of Black and Latino candidates to be seen as viable.” Maine’s Republican Party is trying to repeal approval of ranked-choice voting for presidential elections, saying it violates the principle of one person, one vote .