Max Dunat :: reason.com
The Protect My Ballot campaign is out to stop ranked-choice voting.... 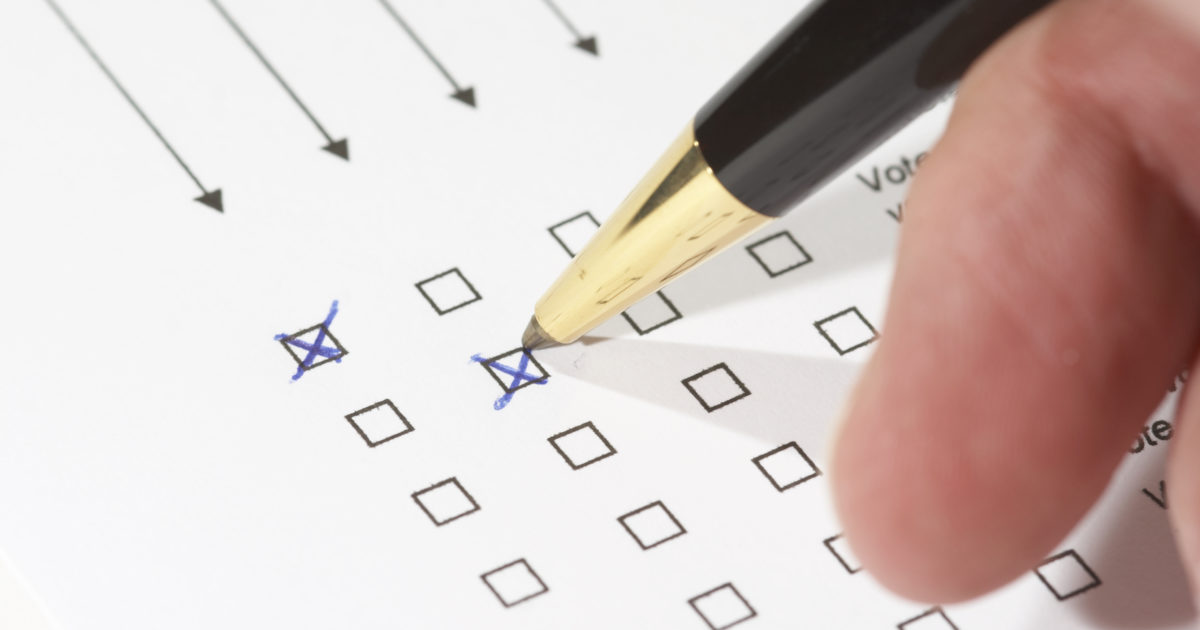 A surging number of states and localities are thinking about adopting ranked-choice voting, an alternative approach to running an election that offers more room for independent and third-party candidates. This, in turn, has sparked a backlash from the defenders of the traditional system.

Come November, voters in Alaska , Massachusetts , and North Dakota , among other places, will decide whether to adopt ranked-choice voting, which allows voters to rank candidates on the ballot in order of preference instead of choosing just one.

If a candidate gets an outright majority of first-preference votes, he or she wins. If no one gets a majority, the candidate who received the least number of first-preference votes is eliminated. The votes they received are transferred over to voters' second preference. The process repeats until one candidate receives a majority of transferred votes. The process is also known as "instant runoff" voting, because it simulates a run-off election.

Proponents say that ranked-choice voting would increase representation and expand options for voters beyond the two main parties. The system is currently used in limited circumstances in 23 states, including for local elections, and primary races. Only Maine uses rank-choice voting for statewide elections.

Melodie Wilterdink of the Alaska Policy Forum, a conservative think tank , argues that ranked-choice voting "doesn't allow everyone's ballot to be counted." If voters are asked to rank four candidates in an eight-candidate race, there is a chance all four candidates will be knocked out, resulting in "ballot exhaustion" and a discarded vote.

Last week the Alaska Policy Forum, alongside the Freedom Foundation of Minnesota, the Maine Policy Institute, and the Oklahoma Council for Public Affairs, formed the Protect My Ballot coalition to oppose ranked-choice voting.

Confusion about how the system works could suppress voter turnout even more, argues Wilterdink. In Maine, she notes, election officials had to print a 19-page instruction manual on how to vote.

David Kimball, a political scientist at the University of Missouri–St. Louis, disagrees. When ranked-choice voting replaces a two-tiered primary and general election system, he finds, turnout increases by up to 10 percent because voters only have to show up to the polls once.

Kimball also says that ballot exhaustion doesn't affect a large number of voters. "These are the people who prefer the least preferred candidates, so you're generally talking relatively smaller percentages of voters," he tells Reason .

Where ranked-choice voting is used today, the public largely approves of the method, though support has varied widely across jurisdictions.

Exit polling from local elections in North Carolina shows large majorities— 68 percent in Cary and 67 percent in Hendersonville—prefer it to traditional voting. Data from Maine's statewide races shows much narrower support, with approval largely following party lines: 81 percent of Democrats want to expand it while 72 percent of Republicans would eliminate it. (Other states, like Wilterdink's native Alaska, don't see a partisan divide: Both former Gov. Sean Parnell, a Republican, and former Sen. Mark Begich, a Democrat, oppose ranked-choice voting.)