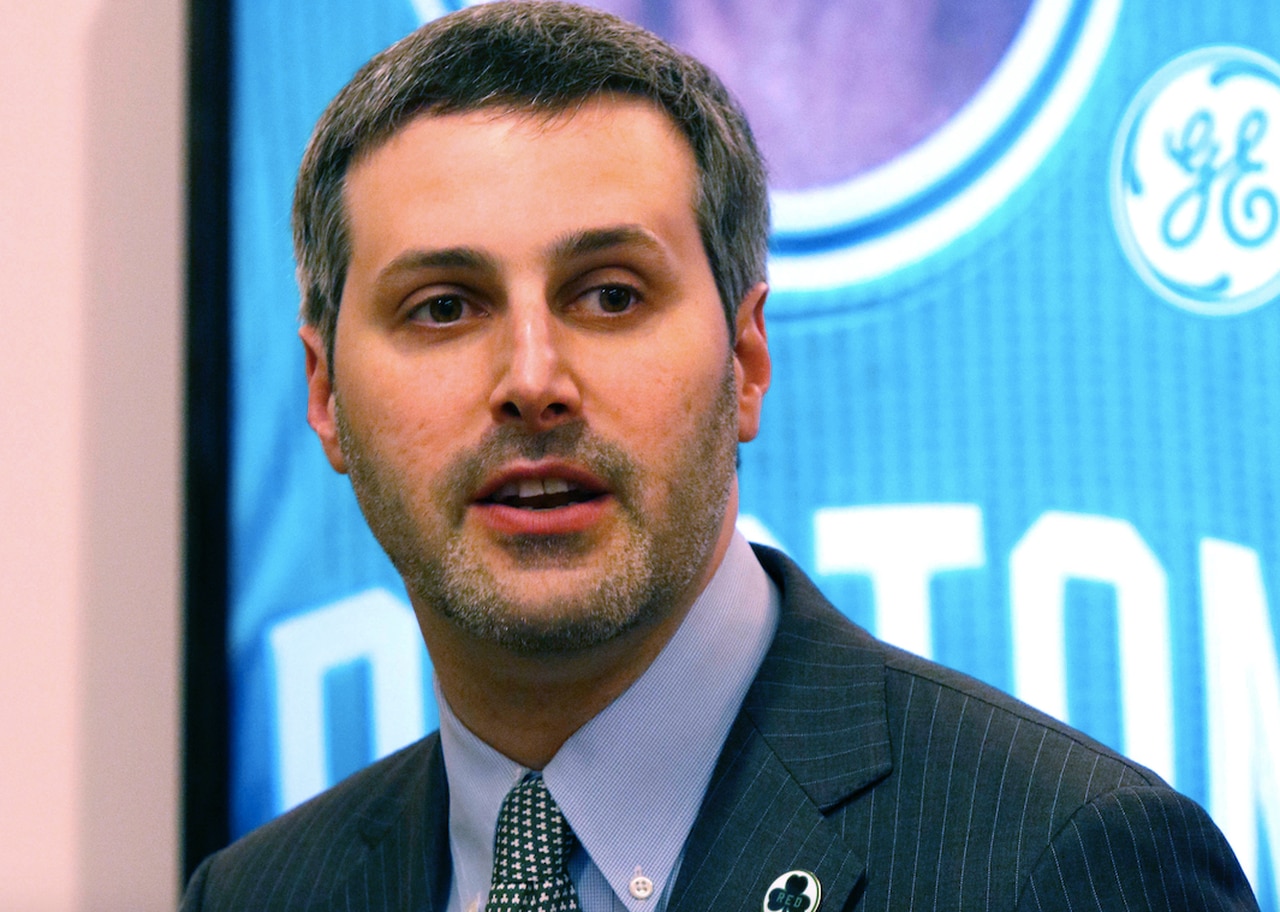 Members of the Ranked Choice Voting Committee 2020 faced an odd obstacle in their bid to get an initiative on the Massachusetts ballot earlier this year: During the COVID-19 pandemic, they were trying to put together the first initiative in American history to collect every necessary signature online.

Fortunately for the committee, it had a unique backer in its attempt at a unique feat: Boston Celtics assistant GM Mike Zarren, who sits on the committee’s board of directors.

Zarren is too busy with the business of helping run an NBA team to phone bank, but he has played an important role in a rising push to change how Massachusetts voters cast their ballots. He has analyzed data extensively for the campaign, and his profile has helped boost its popularity. To help the committee reach its requisite number of signatures, he acted as an emcee -- bringing together people interested in the issue as well as Celtics fans curious to hear what an executive had to say from the bubble.

“If you knew that only two two teams were ever going to make it to the NBA Finals, no matter that it was always going to be these same to teams, would other teams still play and compete?” she told MassLive. “He understands that from a competition perspective. RCV opens up the process to allow more players onto the field -- more people have a chance to compete for our votes and win.”

Celtics fans might be familiar with Zarren’s advocacy if they follow him on Twitter, where he has vocally called for “Yes" votes on Question 2. That’s probably appropriate: Zarren’s work with the campaign goes much deeper than social media, but Twitter is where he initially got involved. After reading a story in the Economist extolling the virtues of the system, Zarren tweeted his congratulations to the people of Maine after their first successful ranked-choice election.

Congrats to Maine for using ranked choice voting today! This system ensures that the outcome of each election is closest to voters' overall preferences. More places should do this & Maine should keep doing it. Sorry for non-bball tweet but this is important! #RankedChoiceVoting

The Massachusetts-based ranked-choice committee noted the enthusiastic support from a high-ranking executive with the state’s professional basketball team and reached out immediately, asking Zarren to get involved.

Zarren initially was a member of the advisory board, analyzing data and helping with events when he could. Two years later, he is on the board of directors.

“I first got involved with this because I’m a geeky systems guy and this is a small change that could have big effects," Zarren said. “But really, the reason I was involved with it was it just seemed to me like we didn’t really have a democracy.”

“That’s just not democracy,” Zarren said. “You have a rule by minority there. And over and over again, if you look at the the way elections work, particularly primaries, and single party dominant states like Massachusetts, you see people winning with tiny shares of the vote.”

Massachusetts' Republican Party has opposed Ranked Choice, saying it “raises the potential for rigging and gaming elections" and calling it a “confusing voting system that has been shown to result in a disproportionate number of ‘spoiled’ ballots cast.”

But Zarren, noting the support of the Massachusetts Libertarian party as well as former Republican Governor Weld, said ranked-choice is non-partisan by design.

“It’s not an anti-Republican thing," Zarren said. “In fact, the Utah Republican Party strongly supports RCV as, as does the current governor of Utah, and the likely next governor of Utah, all of whom are staunch Republicans. So it isn’t this isn’t a party thing at all. It’s a nonpartisan campaign, and we’ve got people working for our campaign from all political walks of life.”

The ranked-choice initiative got a boost from the Massachusetts 4th District primary race in September -- a tight contest to replace Joe Kennedy’s seat. Per McCormick, eight of the nine candidates for the seat supported ranked choice, including the eventual winner Jake Auchincloss who got 22.7 percent of the vote over Jesse Mermell. As Zarren noted, Auchincloss' victory feels legitimate, but “you would feel more legitimate if you knew you had the support of a majority.”

Zarren and McCormick are both hopeful about Question 2′s prospects. It has support from both senators Elizabeth Warren and Ed Markey as well as six of the state’s seven representatives. They say Question 2′s poll numbers -- currently below 50 percent -- line up optimistically alongside both Maine and New York City, which passed the measure comfortably.

“This is really unlike other ballot questions, where usually they say, ‘Don’t even try unless you have 60% support,’” Zarren said. "Because either you like greyhound racing, or you don’t like it, and trying to get someone to change their views is hard. With ranked choice voting, it’s different, because most people who hear about it like it. Most people who haven’t heard about it are -- reasonably, like they should be with anytime someone tries to change the way they vote -- fearful.

“It’s an education campaign rather than a ‘Change people’s minds campaign.’”

Per McCormick, Zarren is the right person to help educate.

“People in Massachusetts love their politics, and they love their sports," McCormick said. "Mike is great. He bridges the gap for all of us.”