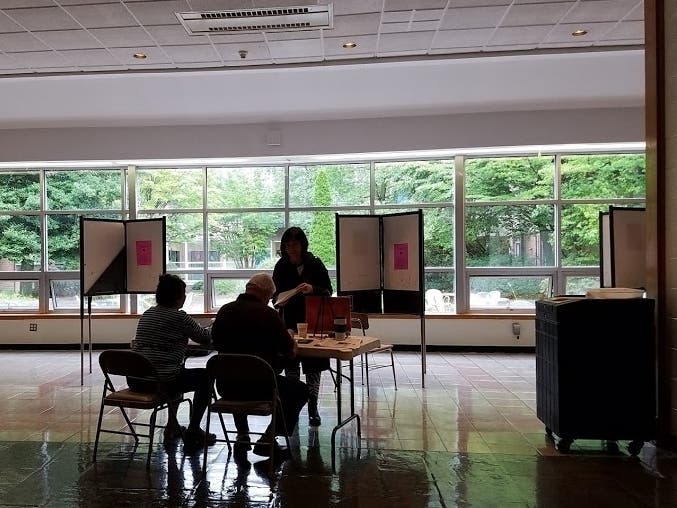 Town Meeting member voted to study how ranked-choice voting could work, how much it might cost and what it would entail to bring it to town.

BROOKLINE, MA — Although the state ultimately voted against rank-choice voting, or allowing voters to pick more than one candidate in order of preference, for state elections, Brookline voters indicated they were for it . Monday, the town voted to study how it could work, how much it might cost and what it would entail to bring it to town elections.

"The Town Clerk has already said we need to replace our voting machines," said Town Meeting Member Meggan Levene, who was among those who proposed the town form a committee to find out and then report back to the town.

On Monday, elected precinct representatives made the case for why they thought the Town Clerk's office to look into the feasibility of adopting rank-choice voting for town elections.

This style of voting allows voters to choose more than one candidate, and list them in order of their preference. If a candidate wins an outright majority win in the first choice column, they win. If there is no clear majority, the lowest-ranking candidates are eliminated and the people who voted for them will have their second or third preferences counted instead.

"While Brookline residents are certainly opinionated, many of their voices are woefully underrepresented at the ballot box," Select Board member Raul Fernandez said Monday night.

Fernandez pointed out Brookline is plagued in recent years with low participation and few contested races. It could encourage people who otherwise wouldn't run for office to give it a try, particularly those who might not have run normally because they might be worried they'd take votes from another candidate, he said.