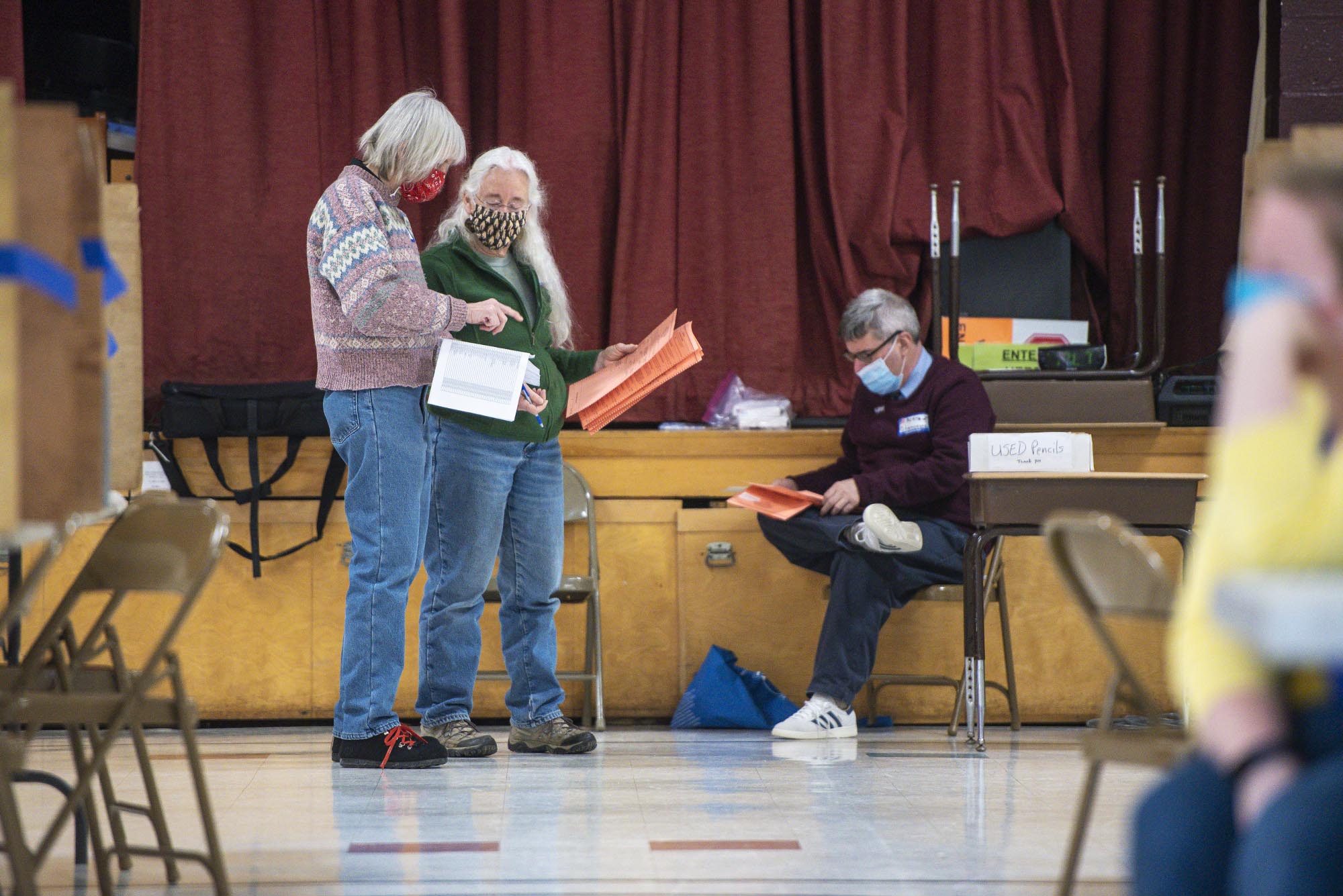 Burlington voters on Tuesday approved all seven ballot items up for a vote on Town Meeting Day by wide margins — including “just cause” eviction protections, ranked choice voting in City Council races and new authority for the city to impose carbon fees on buildings.

Four of those questions, including the new eviction protections, will require changes to the city’s charter — meaning that they must be approved by the state Legislature before they can take effect.

“Passing all seven ballot measures really showed that we want to push forward with progressive measures,” said Tom Proctor, a local activist. “We are a city that wants to look forward.”

More than a decade after ranked-choice voting was repealed, in 2010, Burlington voters have reinstated the voting system — though only for City Council races.

The measure passed with 64% of voters in favor.

Currently, council candidates can win with 40% of the vote. If no candidate takes 40% or more, a runoff election is held later.

Ranked-choice voting would allow voters to rank candidates by preference instead of casting a single vote — which helps diversify the field, proponents say. When no candidate gains a majority of first-choice votes, secondary preferences are redistributed in rounds until a majority winner emerges.

Burlington implemented ranked-choice voting for mayoral elections in 2005, but voters repealed it in 2010, after some blamed the system for sending Progressive Bob Kiss to the mayor’s office without broad support.

A proposal to reinstate ranked-choice voting in all city elections was greenlighted by the City Council in July, but failed to make the ballot when Weinberger vetoed the measure .

If the charter change is approved by state lawmakers, it would be implemented for council races but not mayoral or school board elections.