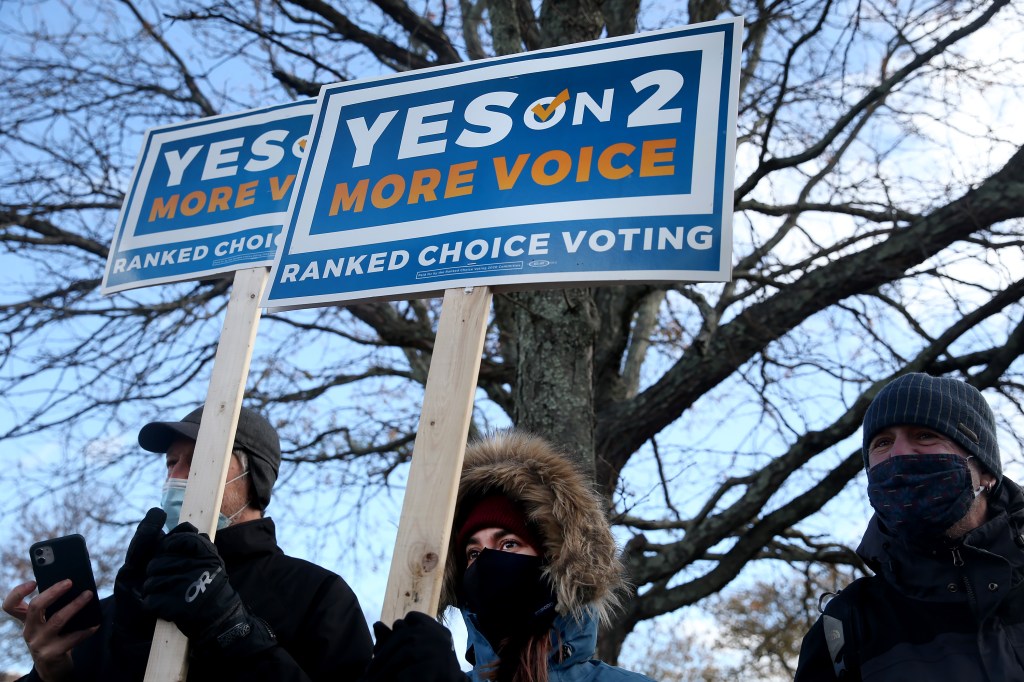 Calls for ranked-choice voting are rising from the ashes of last year’s failed ballot measure after the victor in Tuesday’s 19th Suffolk District Democratic primary won with little more than a third of the vote.

Jeffrey Turco of Winthrop, a self-proclaimed “Reagan Democrat,” won 36.2% of ballots cast while ideologically more progressive candidates split the rest of the vote, according to unofficial tallies from the district that spans Winthrop and part of Revere.

Ranked-choice advocates have repeatedly pushed the voting system after elections in which the winning candidate received less than 50% of the vote, including the 4th Congressional District primary now-U.S. Rep. Jake Auchincloss won by just 22.4% and the 2018 3rd Congressional District Democratic primary for the seat U.S. Rep. Lori Trahan now holds.

Dave Cavell, who exited the 4th District primary in part to stop vote-splintering , said the 19th Suffolk race “was another reminder” of the need for a ranked-choice system that “helps ensure people who are elected are the people who genuinely reflect their district and the voters.”

But after a ballot measure that would have enacted the voting system failed by 10 points last fall, former Republican secretary of state nominee Anthony Amore said Wednesday “there’s absolutely no greater appetite for it” in Massachusetts.

“You only hear calls for ranked-choice voting from the people who lost,” Amore said.

It’s not clear whether ranked-choice voting alone would have made a difference in a race that favored whiter and more affluent Winthrop simply by district mapping, and which seemed destined for lower turnout as an off-cycle special election primary.

Boston-based Democratic strategist Wilnelia Rivera said the results likely came down to the fact that “suburban voters continue to turn out in higher numbers than their urban counterparts, especially so in special elections.”

Still, he said it’s “bitterly ironic and unfortunate that the first open election after the failure of Question 2 last year has a candidate who is by far more conservative than the others in the field win with 36%.”