Cities across Utah will try a new method of voting 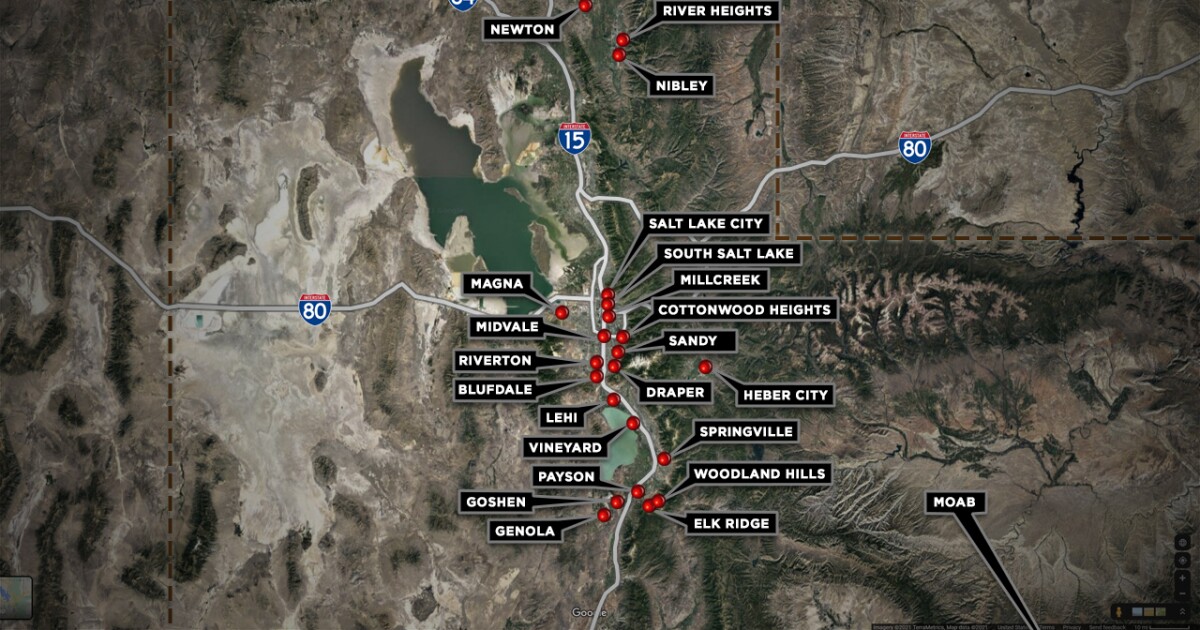 They have opted into a pilot project to try "ranked choice voting" for municipal elections.

"This is a big deal. I think we have more cities doing ranked choice voting in Utah than the rest of the country combined," said Justin Lee, the state elections director for the Utah Lt. Governor's Office.

Monday was the deadline for communities to opt into the ranked choice voting pilot project. The communities participating are:

"Ranked choice" does have a learning curve for voters. In a traditional election, voters will pick only one candidate. If there's multiple candidates, they have a primary election with the top two vote-getters going on to the general election.

Ranked choice voting skips the primary and has voters decide among all candidates, ranking them in order of preference from first to last . When tabulating the results, the lowest vote getters drop off in instantaneous rounds based on those rankings. Under that methodology, it's possible for someone who comes in second or third in the first round to actually win an election, because they collected enough votes down the line.

Advocates for ranked choice voting have argued that it makes for friendlier elections. A candidate who wants to win can no longer strictly rely on their base to turn out. It also expands the field of candidates. Critics have pointed to its sometimes complex nature of balloting and the need to do more to educate voters. Lee said there is some concern about using ranked choice voting in statewide races, given the need to have a centralized counting of ballots.

"Ranked choice voting gives voters an opportunity to make sure their vote actually counts," said South Salt Lake City Councilmember Natalie Pinkney, who advocated for it in her community.

Pinkney told FOX 13 that she believes it will boost voter turnout in municipal elections and ultimately save taxpayers money because there is no need for a primary election.

"We want to have voter empowerment and I think this is a way that we continue to allow people to vote, especially in municipal elections," she said. "We see a huge drop off from even years to odd years when people are voting, and I’m hoping this helps with that."

The Utah State Legislature opted not to expand ranked choice voting statewide under a bill proposed earlier this year, but the pilot program was allowed to continue. The Lt. Governor's Office has over $200,000 to spend on an education campaign to explain ranked choice voting to voters.

To help with administering a ranked choice election, the Utah County Clerk's Office has offered its services to communities not in its boundaries.

"Utah County will actually be running some elections in other counties," Lee said. "For example in Moab, Utah County is going to be helping Moab out with their ranked choice election."

A number of cities were tempted, but opted not to participate to see how it goes this year. Murray City was among those. Councilmember Kat Martinez said she would like to see her community try it in 2023.

"I think Utah is a really special place in that we tend to be conservative in a lot of ways, but we really care deeply about the right to vote. Our accessibility to voting I think is way ahead of the curve nationally and I’m really proud of Utah for that as far as mail-in ballots," Martinez said. "I do think ranked choice voting is here to stay and it’s not that Murray is not participating, we’re just not there this year."