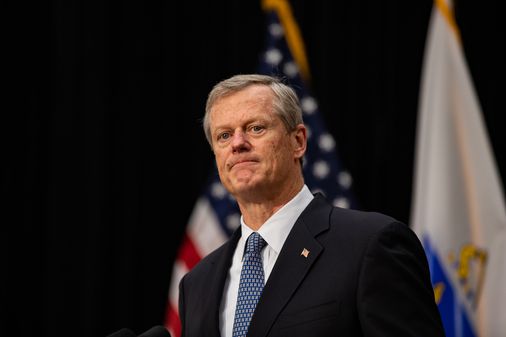 Our admiration for his leadership is why we are disappointed by Baker’s announcement in which he apparently succumbed to party pressure and misconceptions about ranked-choice voting.

When Governor Charlie Baker announced on Tuesday that he would oppose Question 2 on the Massachusetts general election ballot he claimed it would discourage voting at a time when we should be promoting it. Results would be delayed; election workers would be confused; taxpayers would foot the bill.

A troubling prospect, to be sure — if it were accurate. Indeed, if Baker is worried about ranked-choice voting, he should reflect on the results of our current system.

We are Harvard professors who belong to different political parties, yet we both admire Baker’s sound, bipartisan policy leadership and innovative approach to Massachusetts’ coronavirus response. Our admiration for his leadership is why we are disappointed by Baker’s announcement on Tuesday, in which he apparently succumbed to party pressure and several common misconceptions about ranked-choice voting.

In reality, ranked-choice voting is completely straightforward. The notion of ranking our choices to get to the best available outcome is a natural part of human decision-making. We’ve all arrived at the movie theater only to find out our preferred film was sold out. But if we’re in a movie-going mood, we will probably be happy to watch our second choice.

Under our current voting system, many voters are forced to have their candidate picked for them. Ranked-choice voting corrects this problem. Voters rank the candidates on their ballots in order of true preference. If no candidate receives a majority, the lowest-ranked candidate is removed. Her supporters’ second-choice votes are redistributed among the remaining candidates. This process continues until one candidate receives a true majority. Candidates must seek to appeal to all voters, not just partisans. Ranked-choice voting attracts a larger turnout and reduces negative campaigning, and elected officials will be those who best represent citizens’ needs.

Despite Baker’s concerns about voting delays, the system has worked smoothly in the myriad of cities and municipalities, including Cambridge, that have adopted it. In Maine, where voters approved ranked-choice voting statewide in 2016, 9 out of 10 voters reported their first experience with these new ballots was “excellent” or “good.” And as for speed, the ballots, once scanned using a high-speed scanner, can be tabulated instantaneously.

Related: Everything you need to know about the Massachusetts ballot questions

Nor are the costs of ranked-choice voting expected to be high relative to its benefits for democracy. In Maine, implementation cost just 8 cents per voter .

Ranked-choice voting ensures that elections reflect the will of the people, strengthening elected officials’ mandate to voter for legislation voters want and need. Politicians across the political spectrum have endorsed this system, from former governors Deval Patrick and Bill Weld to the late Senator John McCain and former president Barack Obama.

Most importantly, ranked-choice voting addresses political trends that, in recent years, have rewarded extreme views, split votes, and produced spoilers. In 2016, Donald Trump won the New Hampshire primary with only 35 percent of the vote, with the next three vote-getters receiving a combined 39 percent. This means that the majority of voters preferred someone else! Trump was able to win valuable early delegates, forcing his competitors to drop out and coalesce around him. Who knows what could have happened under ranked-choice voting?

Massachusetts is blessed with a strong, diverse political class. Baker is among the elected officials we are proud to say hails from the Bay State. Ranked-choice voting would only provide for a richer variety of viewpoints and promote the moderation that Baker has long stood for.

Ranked-choice voting is a political innovation whose time has come. If “Yes on 2” passes, Massachusetts is poised to become a national leader in advancing this step to help break partisan gridlock and strengthen our democracy.

Michael E. Porter is university professor at Harvard Business School and leads the Institute for Strategy and Competitiveness , a joint institute of Harvard University and Harvard Business School. Lawrence H. Summers is president emeritus and university professor at Harvard University. Both Porter and Summers are honorary cochairs of the “Yes on 2” campaign to adopt ranked-choice voting in Massachusetts.