Govs. Weld And Patrick: This Is Why We Support Ranked-Choice Voting 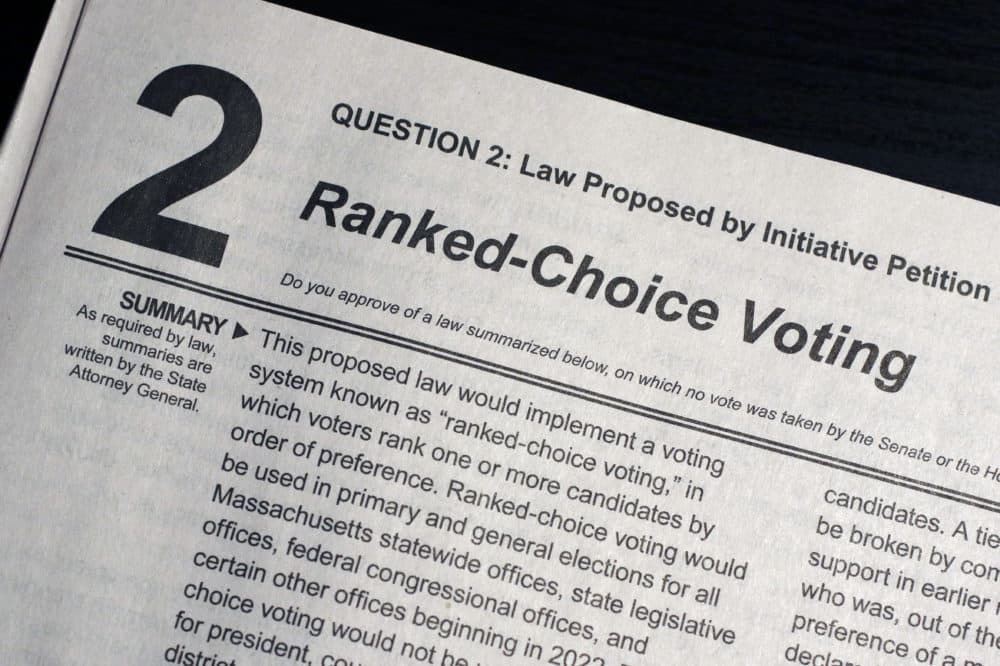 Imagine being a candidate for office in 2020. Our country is deeply split. Overlaying crises play out daily in the news. Trust in government is at a staggering low. Your job is to convince enough people to vote for you to send you to city hall, the state legislature or Washington, DC. In our current system, what is your incentive to connect with voters beyond your base, to build coalitions or bridge divides?

There is none. Running for office in our system means the first past the post wins, regardless of whether they win a majority of votes. Candidates are boxed in. They preach only to the converted, with little gain to be had from speaking to those not yet in the fold. And our democracy is the worse for it.

But there is a way to strengthen the way our democracy works and ensure that our leaders are elected with the broadest majority possible. It’s called ranked-choice voting (RCV), and it is Question 2 on the ballot in Massachusetts right now.

In our current system, what is your incentive to connect with voters beyond your base, to build coalitions or bridge divides? There is none.

Most of us can agree that our current system doesn’t always produce the best outcomes. It sometimes forces voters to choose between the lesser of two evils at the ballot box, and elects leaders who intentionally slice off segments of the electorate to squeak into office. Ranked-choice voting, on the other hand, requires candidates to do the important work of reaching more voters and finding common ground with as many of their constituents as possible, because that’s the only way they can achieve a majority.

Maine was the first state to take this step after twice electing a governor who never earned a majority and maintained an approval rating that hovered around 40 percent. Municipalities like Minneapolis, MN and Santa Fe, NM have also adopted RCV to strengthen their democratic institutions. In fact, Santa Fe saw higher voter turnout after they switched to ranked-choice.

We’ve seen the failures of our system time and again. Forty percent of Massachusetts elections with three or more candidates do not determine a majority winner. This year, in the 4th Congressional District Primary, 56 percent of voters in the district did not vote for the top two candidates. Had that been a ranked-choice election, it would have continued into an instant runoff and a majority winner would be found based on the preferences of more than 50 percent of that district.

Ranked-choice voting gives voters the ability to rank as many of their candidates as they’d like, and no candidate heads to office until they receive more than 50 percent. It works like this: ballots get counted for every voter’s number-one choice. If no candidate gets a majority of first-place votes, the last place candidate is eliminated. Voters who ranked that eliminated candidate first then have their second-place votes distributed. Once a candidate reaches 50 or more percent, it is over.

This majority requirement should be an expectation in a democracy, as it is in countries like Australia, New Zealand or Ireland. Amherst and Easthampton, here in Massachusetts, will soon implement it. A majority-based system means that candidates need to build the biggest tent possible and attract voters across the electorate into their camp. It effectively eliminates the tired campaign strategy of appealing to a small ideological base that does not represent the views of most voters in a given community.

Ranked-choice voting would help to dismantle the duopoly and hyperpartisanship that has soured our politics for too long.