Greenfield may consider ranked-choice voting in 2021 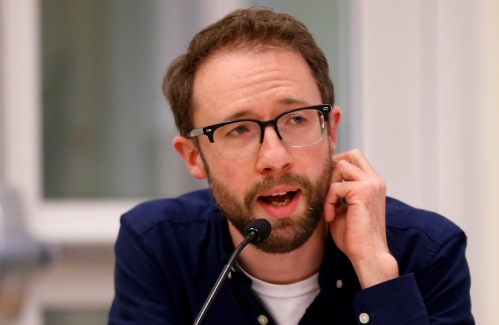 GREENFIELD, MA — The city is considering changing its charter to move to a ranked-choice voting system within the next year or two.

The Charter Review Committee, chaired by former City Council President David Singer, is reviewing the possibilities and will eventually go before the City Council with a list of pros and cons concerning such a switch.

Singer said that although a state referendum on the matter lost in November’s election, Greenfield showed its support by voting 55 percent to 45 percent in favor of ranked-choice voting. A couple of residents and councilors have expressed some interest.

“The state referendum was for state elections,” Singer said. “Greenfield is able to have its own method if it chooses. It has the independence to do its elections the way it chooses.”

When the charter was first written, Greenfield went with a voting method of requiring one candidate to get 50 percent or more of the vote to win. Therefore, the charter requires a preliminary election if there are more than two candidates for the same position.

Singer said what wasn’t taken into consideration was write-in votes.

“Greenfield requires a one-on-one race,” he said. “It worked over time, but in the recent mayoral election, for instance, one candidate (Brickett Allis) was voted out during the preliminary election but came back as a write-in, which meant none of the candidates received 50 percent of the vote. The city should at least look at that.”

“There are mixed feelings on our committee,” he said. “Members see the pros and cons.”

If nothing else, Singer said people will have to come out and encourage the City Council to talk about the issue. He said it could go to the voters again, except on a local level this time. He said citizens could bring a petition to the city or councilors could decide to place it on the ballot.

“It could be on the ballot as early as next November, but if the council decides to discuss it in depth and hold public hearings and such, it could take a little longer,” he said. “The system could resolve the write-in problem, but the committee isn’t going to make any recommendations.”

City Council Vice President Otis Wheeler, who represents Precinct 7, said while he is not directly involved in the efforts to put the question on a future ballot, he believes the city will see an effort to do so in 2021.

“Folks in the city showed their support during the November election,” Wheeler said. “There was a majority of support on the local level. It’s not going to be a quick thing.”

Wheeler said he is looking forward, as a councilor and resident of Greenfield, to seeing what will happen.

The Charter Review Committee meets virtually, for now, at 5:30 p.m. on the first and third Monday of each month.