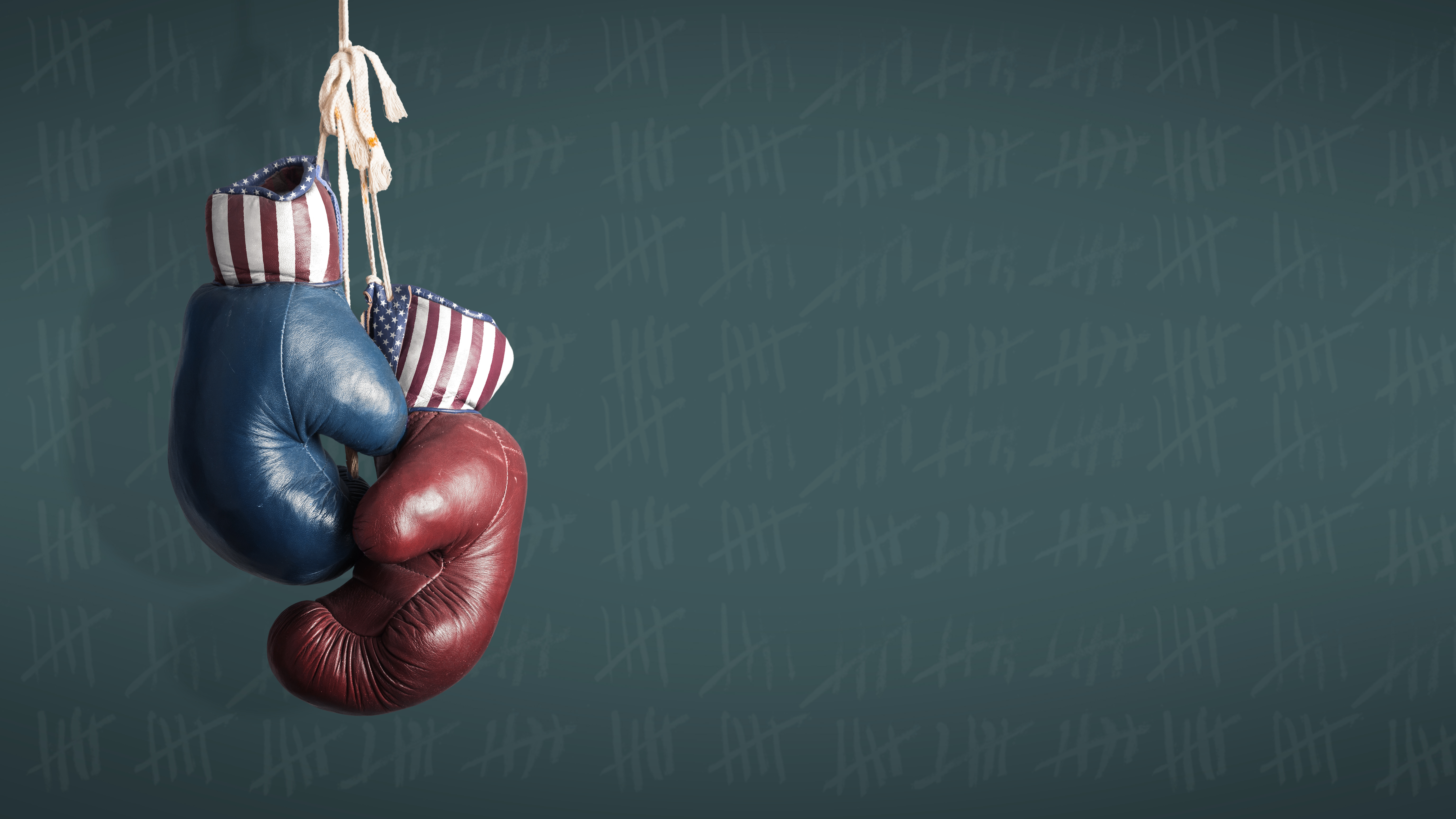 Mudslinging in elections is nothing new, nor is the fact that campaigns  in general do a better job of turning off voters  to either candidate rather than inspiring them to want to vote for one.

In the run up to the 2020 election, Donald Trump was accused of being a con-man with little understanding or appreciation for the Constitution, and Joe Biden was portrayed as an aging creep who enjoyed giving uncomfortable hugs and sniffing hair.

What makes the above sentiments even worse is the fact that they were first leveled by members of their own parties during the party primaries.

In recent years, presidential primaries have become crowded affairs, sometimes requiring networks to televise two different debates to accommodate all the candidates. This has created an environment where lesser known candidates have an opportunity to garner attention and improve their position by delivering jabs at the apparent front-runner, which is determined by media polls and to a lesser extent who generates the most headlines.

Presidential Primaries (and non-presidential, for that matter) are often the birthplace of numerous allegations that go on to haunt candidates in the general election. This results in predictably unpopular candidates who need to do a lot of damage control before they can even begin campaigning on the issues.

With ranked choice voting now implemented for federal and state elections in two states, and efforts underway to get it on the ballot in the majority of others, a fair question to ask is how primaries might change under this system and, if so, would it be better?

In 2018, Maine’s then-Governor, Paul LePage, stepped down due to term limits, leaving an open field for both parties. This resulted in four Republican candidates in the state’s primary and seven Democrats.

Unlike what we saw in the presidential primaries in 2016 and 2020, the 2018 gubernatorial primary in Maine was a relatively civil affair, with candidates competing to portray themselves as the best option for their party’s voters, as opposed to portraying the front-runner as the worst.

This culminated in one of the most oddly positive campaign ads in American history, with Democratic candidates Betsy Sweet and Mark Eves recommending one another for the number two choice on the state’s ballot.

While neither Eves nor Sweet clinched the nomination, ranked choice voting meant both major party candidates entered the general election with majority support of their parties, and could focus on campaigning to the state at-large.

Maine’s gubernatorial primary bears a sharp contrast to the past two presidential primaries, where party rifts were laid bare—and often made worse—as candidates competed in what has become an interminably long election cycle.

Unlike ranked choice voting, where candidates compete for who would be the best candidate, the traditional primary process includes the constant cajoling of voters to fall in line behind the most “electable” candidate, so the party’s nominee can get an early start campaigning in the general. This often results in candidates who represent the position of the party establishment, alienating the grassroots, or a candidate unrepresentative of the party as a whole.

This was clear in the 2016 Republican Primary, where then-candidate Donald Trump didn’t reach more than 50% support in the party’s pledged delegates (those elected directly via popular vote) until after the final candidate had dropped out: The same story played out on the Democratic side in the 2020 Primary, when a crowded Democratic field failed to produce a clear leader until mid-May: The result? Both candidates entered the general election having to mend fences within their own party before they could even consider going after independent and undecided voters.

The narrative often heard in the media paints long presidential primaries as a bad thing for candidates, but this operates under the unspoken assumption that primaries are periods where members of the same party attempt to tear each other apart.

Maine’s 2018 primary showed how ranked choice voting can change the tone of campaigning, turning presidential primaries into what they were designed to be – a nationwide debate over who would best represent the party in the general election.

In the House of Representatives, where the majority of seats are safely in the hands of one party, that party’s primary often serves as the general election. This often means a small minority of the most partisan voters can determine who represents an entire district in Congress.

The election of Marjorie Taylor Greene to represent Georgia’s 14th congressional district provides a great example. Taylor Green’s election has proven a detraction for Republicans. Since taking office, videos have surfaced of her harassing then-high school student and Parkland shooting survivor, David Hogg, and blaming California’s wildfires on “Jewish space lasers”.  This has resulted in her removal from committees and hurt the Republican brand nationally.

Georgia’s 14th congressional district is a safe Republican district, meaning Taylor Greene’s election in the general was more or less guaranteed. This being said, she secured the nomination with just 40% of the party’s vote in the primary, with the district’s remaining 8 candidates splitting the remaining 60%.

While there are few figures in Congress as polemic as Taylor Greene, a number of members in both parties owe their seats to primary victories where they failed to garner a majority of the vote. While it’s unclear whether ranked choice voting would have produced different results, it would have prevented a minority fraction of a fraction of voters in a given district from determining who would represent them.

So, would ranked choice voting improve the primary system?

Members of both major parties would be better served in a ranked choice primary system. Ranked choice voting would make it easier to nominate candidates who appeal to a wider swath of voters, while eliminating the negative campaigning that often drags their candidate down in a general election.

The one thing voters and candidates alike want is the ability to make campaigns a discussion of ideas, rather than having to navigate a minefield of rumors and allegations while lobbing their own. Ranked choice voting can make that happen.