Is ranked-choice voting a better way to decide elections? 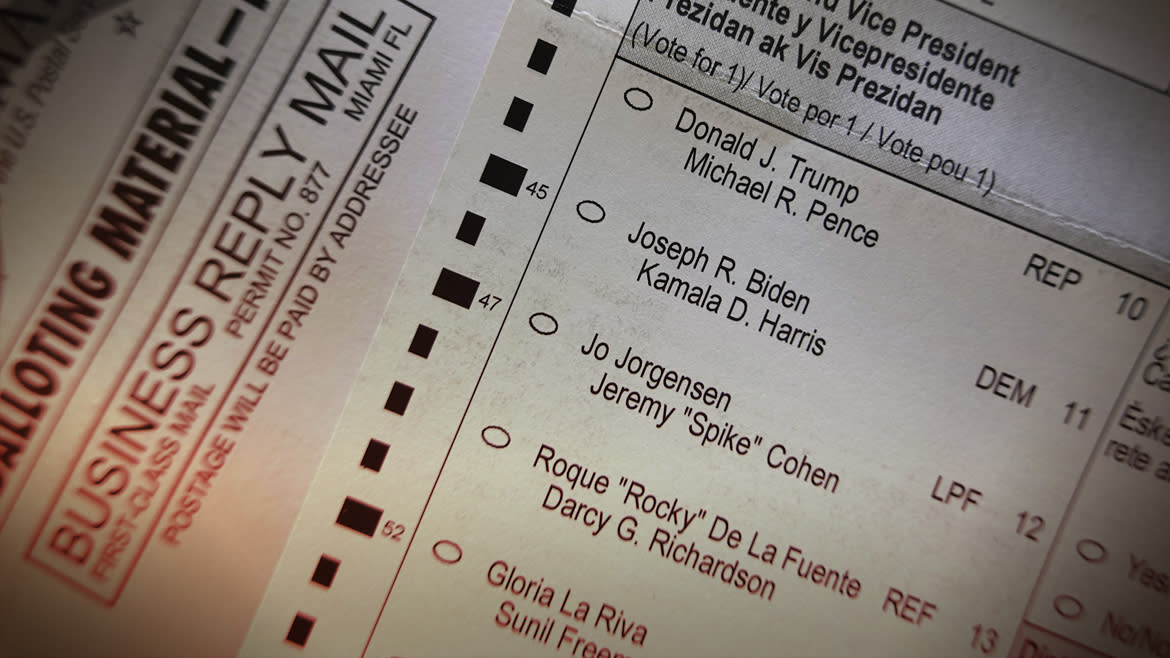 “The 360” shows you diverse perspectives on the day’s top stories and debates.

For all the complexity that surrounds how American elections are carried out, the way votes are cast is almost always extremely simple: One person, one vote. As elegant as that system is, a movement that advocates a different and slightly more complicated method has been gaining ground in recent years.

This year, Maine will become the first state in the country to use ranked-choice voting on presidential ballots. In a ranked-choice system, voters have the option to place the candidates in order, from most to least preferred, rather than voting for a single person. If any candidate gets at least 50 percent of first-choice votes, they win. The rankings come into consideration only if there’s no majority winner after first choices are tallied. At that point, the candidate with the fewest votes is eliminated and their supporters’ second choices are counted. This process repeats itself until someone has more than half of all remaining votes.

Maine voters approved a ballot measure in 2016 to use ranked choice in all federal and statewide elections going forward. Similar initiatives are on the ballot this year in Alaska and Massachusetts. Several major cities, including San Francisco and Minneapolis, use ranked-choice voting in local elections. New York City will do the same starting in 2021.

Proponents of ranked-choice voting say it improves the democratic process by ensuring that lawmakers have the backing of at least half of their constituents. Under the current “most votes wins” system, elections can sometimes be won by candidates who are supported by only a small portion of the electorate. The winner of a recent congressional primary in Massachusetts, for example, received just 23 percent of votes. Ranked-choice voting can also decrease polarization and make elections more civil, supporters say, since it rewards candidates who appeal to a broad swath of the public.

Backers say ranked choice allows voters to support the candidate who they agree with the most, without having to fear that their vote will be “wasted” if it’s not cast for someone from the two major parties. Some recent studies suggest that providing more choices on the ballot may motivate more people to vote.

Opponents of ranked-choice voting say it’s too complicated and could alienate low-propensity voters who already face barriers to taking part in elections. Others say the system would create opportunity for political gamesmanship and backdoor deals that would pervert the democratic process. There are also fears that having to tally second and third choices may create too much of a logistical load in places where election resources are already stretched thin.

It’s unlikely that ranked-choice voting will make much of a difference in who wins Maine’s Electoral College votes. It could play a major role in the state’s Senate election, however. Both Republican incumbent Susan Collins and Democratic challenger Sara Gideon are polling at less than 50 percent, meaning the race may go to whoever receives second-choice votes from supporters of one of the two independents in the race.

Candidates can’t ignore voters outside of their base

Ranked choice is particularly useful in primaries with many candidates

“Advocates say it helps prevent spoiler candidates — and ensures the candidate with the most support wins, rather than one who emerges from a crowded field with a small plurality of votes. It can be especially helpful in crowded primaries or elections where margins of victory are very small, ensuring the candidate has the support of the majority, rather than a small plurality.” — Lauren Dezenski, CNN

It solves the problem of “spoiler” candidates

“Ranked choice voting … can be used in general elections to ensure voters can cast ballots for the candidate they like most without fear of ‘spoiling’ their vote on a less viable candidate –– a perpetual challenge facing any third party or independent presidential candidate. This would make our democracy more dynamic and responsive.” — Former presidential candidates Andrew Yang and Bill Weld, USA Today

Voters can vote with their hearts, not their heads

“At a very basic level, it does preserve the right to support a minor party without accidentally supporting a major party you don’t even like.” — Ed Kilgore, New York

It loosens the stranglehold the major parties have over our elections

“Our current system of ‘first past the post’ voting allows two parties to dominate our elections by denoting unaffiliated candidates who run as spoilers. This hurts our democracy by shutting out independents. It has corrupted debates as it gives the two major parties absolute power.” — Peter Ackerman and Douglas Schoen, The Hill