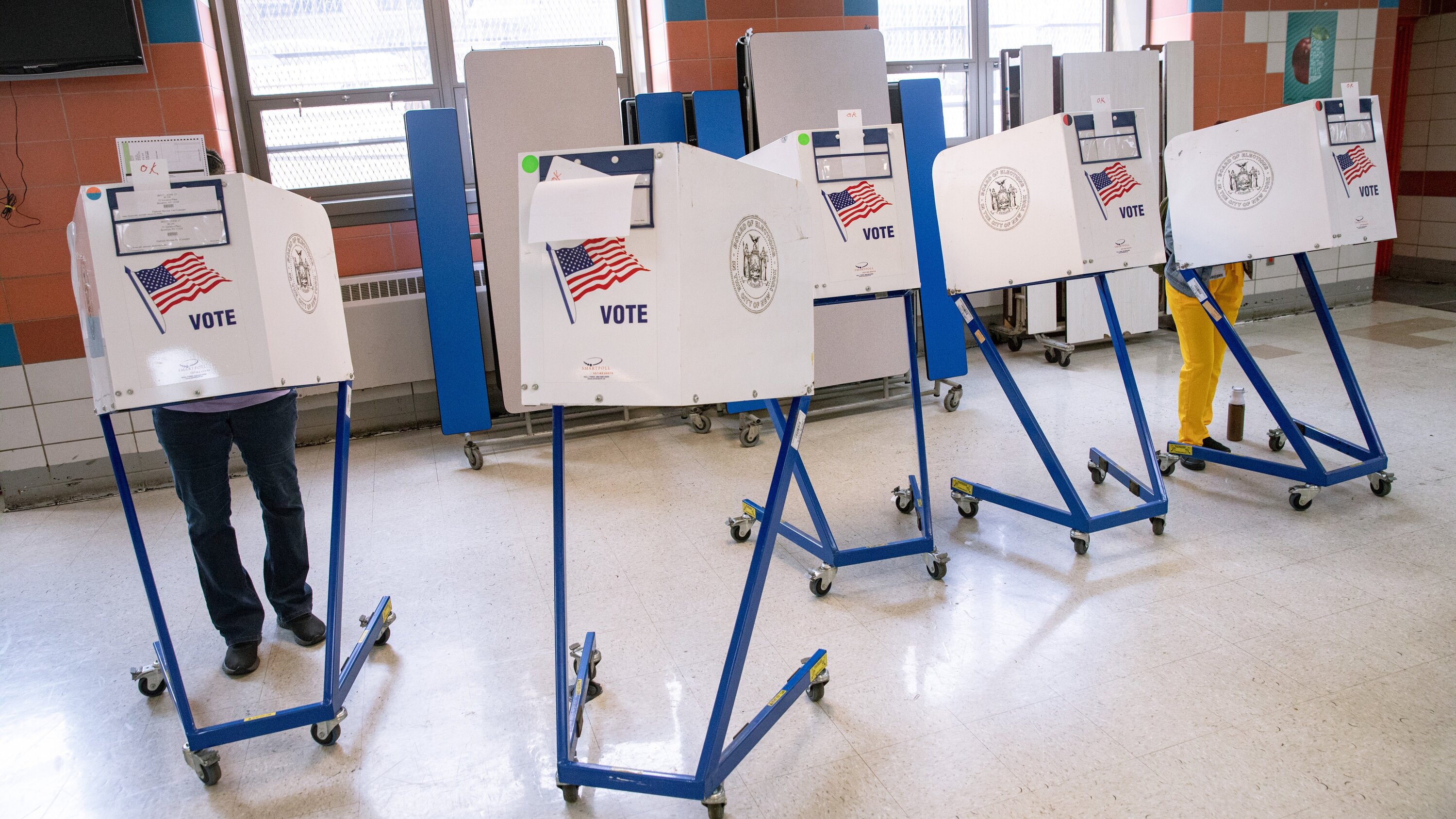 Next year was supposed to be when New York City would revolutionize how voters choose their mayor — not merely selecting one candidate, but picking as many as five and ranking them in order of preference.

New York’s take-no-prisoners political landscape was to be remade: Candidates would most likely be more collegial and would be obliged to reach out to voters beyond their bases in the hope that other candidates’ supporters would list them as a second or third choice. Runoff elections, often expensive and with limited turnout, would be eliminated.

But just as the city is poised to implement the ranked-choice voting system, opposition is mounting. Black elected officials have raised objections, arguing that absent substantial voter education, the system will effectively disenfranchise voters of color.

At least one leading Black mayoral candidate — Eric Adams, the Brooklyn borough president, who once supported the system — now says it’s being rushed and suggested that New York should emulate Minneapolis, which took years to slowly implement ranked choice.

Critics also question whether it makes sense for the city’s problem-prone Board of Elections to roll out such a complicated system during a once-in-a-century pandemic.

Now that opposition has coalesced into a court challenge.

Six New York City Council members filed suit in State Supreme Court in Manhattan late Tuesday night against New York City, its Board of Elections and its Campaign Finance Board, contending that the city and the two boards had violated the law by failing to adequately explain the software that will be used tabulate the votes and by failing to conduct a sufficient public education campaign to familiarize voters with the new system.

The suit seeks to prohibit the city from starting the new system in a February special election, a race that was poised to be a trial run for the June Democratic mayoral primary, which will use the same system and is likely to determine the city’s next mayor.

“The board does not comment on pending litigation,” said Valerie Vazquez, a spokeswoman for the elections board. “However, as we have previously stated we will be ready to implement ranked-choice voting just as we successfully implemented a new voting system in 2010 and launched early voting in 2019.”

The litigants include the two leaders of the Council’s Black, Latino, and Asian Caucus, who, with their colleagues, criticized the new system during a contentious City Council hearing on Monday.

“They say all throughout the country that ranked-choice voting is working well for communities of color,” Laurie A. Cumbo, a Black Democratic councilwoman from Brooklyn, and one of the litigants, said during the hearing on Monday. “Well, New York City is a totally different city.”

Among the mayoral candidates who already seemed to be factoring the new voting system into their campaign strategies was Shaun Donovan, the former Obama administration cabinet member who formally announced his run on Tuesday. An “electability” slide show circulated on his behalf argued that “Shaun’s broad appeal makes him a natural second and third choice for voters, even when they are already committed to another candidate.”

“This reform will foster more positive, issue-focused campaigns, give voters more choice, ensure that elected officials are accountable to a broader spectrum of their constituents and avoid costly, time consuming and unnecessary runoff elections,” Betsy Gotbaum, executive director of Citizens Union, said in a recent statement.

But critics of the system argue that without adequate public education, the system confuses voters and thus disenfranchises them. They also contend that the voting system targets a party system heavily populated by leaders of color.

Kirsten John Foy, president of the activism group Arc of Justice, said he was exploring a lawsuit with Hazel N. Dukes, the president of the New York State chapter of the NAACP, arguing that Black and other minority voters would be disenfranchised by ranked choice voting.

“Some progressive white folks got together in a room and thought this would be good, but it’s not good for our community,” Ms. Dukes said. “The voters did vote, so we can’t overturn that, but we want a stay because there’s been no education about this in our community.”

Mr. Foy also questioned the motives of those leading the effort to enact ranked-choice voting.

“The primary argument for ranked-choice voting is that it expands access to elected office for Black and brown officials, but we don’t have that problem,” said Mr. Foy, who listed a string of positions from state attorney general to borough presidents that are held by Black and Latino elected officials. “This is a solution in search of a problem.”

Ranked-choice voting has a long and complicated history in the United States.

“There was a period over 100 years ago when it was in use in some cities,” but it fell out of favor around World War II, according to David C. Kimball, a political-science professor at the University of Missouri-St. Louis.

In the past two decades, it has gained traction in places including San Francisco and Oakland, Calif., and in Maine.

The research on its impact on voter turnout is, however, mixed, he said, and voter education is a must, as American voters are accustomed to voting for just one candidate, not five.

“I don’t know quite how to put this politely, but the New York City elections board has trouble tying its shoes, metaphorically speaking,” Professor Kimball said. “So asking them to roll out new voting rules in a matter of months is a big ask.”