Michael Shepherd :: Bangor Daily News
The first round of absentee ballots will be sent Oct. 2, so ballots must be finalized, printed and prepared before then. 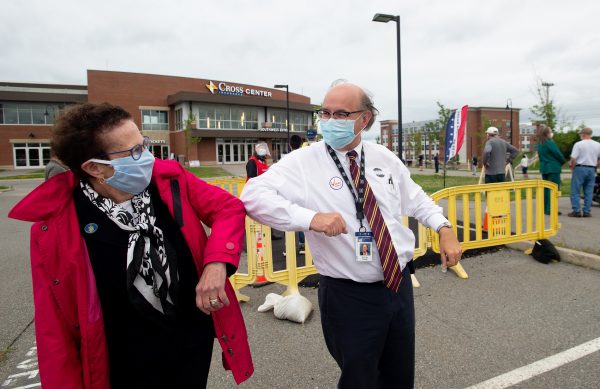 Good morning from Augusta. There are 64 days until Election Day.

The Maine secretary of state faces a time crunch after challenging a ranked-choice voting people’s veto in court a month before absentee ballots are sent out. The office of Secretary of State Matt Dunlap announced Friday that he would appeal a court ruling that affirmed nearly 1,000 signatures collected by the Maine Republican Party to get a measure killing a law expanding ranked-choice voting to presidential elections back on the ballot.

Whether the referendum is on the November ballot has immediate relevance because it determines whether ranked-choice voting will be used in this year’s election between President Donald Trump and former Vice President Joe Biden , which also features three third-party candidates. It would be the first time in U.S. history that electors would be allocated that way.

The timeline for Dunlap’s challenge, which centers around whether petition circulators needed to be registered voters at the time they were collecting signatures, is not yet clear. But his office has begun laying out ballots that feature the question and do not feature ranked-choice voting for the presidential race. The state will have to pivot quickly if the court takes it back off.

Maine is likely to set a record for absentee ballot requests this fall. More than 71,000 voters had requested absentee ballots as of Friday, according to Dunlap’s office, as election officials have encouraged voters to request and return their ballots early amid concerns about mailing ballots due to postal delays. The first round of absentee ballots will be sent Oct. 2, so ballots must be finalized, printed and prepared before then.