Making the vote count: the case for ranked choice 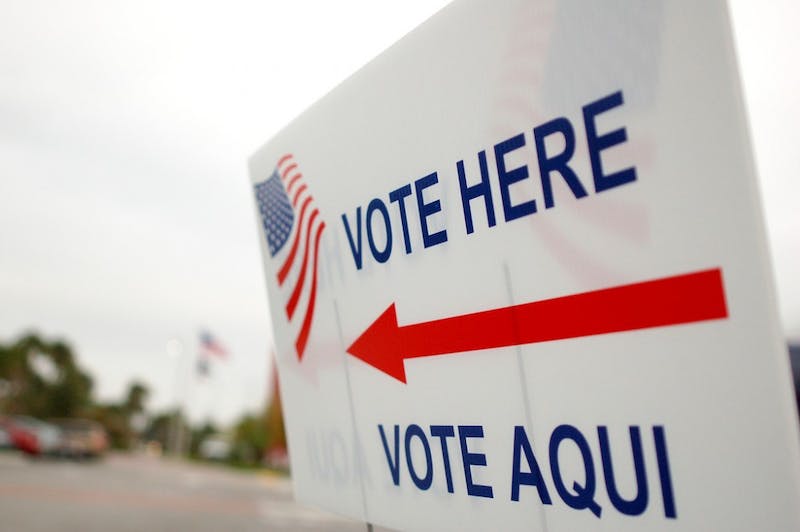 Though many polls predicted that President-elect Joe Biden would win the 2020 election by significant margins, the race turned out to be a nail-biter.

Underneath this dissonance lies the complex curiosity that is the American voting system; whoever wins a plurality of votes (sometimes popular, sometimes electoral) becomes president, senator, representative, etc. Unless you live in a state whose laws require run-off elections when any one candidates fails to obtain a majority, such as Georgia (how topical) or Louisiana (how not), this is how the elections go.

First-past-the-post (FPTP) systems like ours have many pitfalls, from threats of minority rule to the eventual emergence of two dominant parties. FPTP is often considered one of the worst forms of voting, yet we still use it to select some of the most powerful people in the world.

If Princetonians want to improve how Americans vote, a better target than the electoral college is our electoral formula. Not only would taking this step be easier, since states control such decisions, but also it would allow for a dominant third party, which most Americans want , to emerge.

Ranked-choice voting (RCV) represents one such type of voting reform. As the name suggests, this system allows voters to rank candidates. It a voter’s favorite candidate receives the fewest number of votes, that candidate is eliminated, and that voter’s ballot will then go to their second favorite candidate. The process of elimination continues until only one candidate who receives at least 50 percent of the vote remains.

The beauty of RCV is that a voter can choose their favorite candidate instead of stewing with the candidate they hate the least. They don’t have to give up their say in the ultimate winner. This voting system rewards voters for ranking their favorite candidates higher, making compromise easier, politics kinder , and voting fairer. A solution to the bitter division the United States faces could lie in a voting system that encourages candidates to cooperate, as they want to win as many second and third-choice ballots as they can.

Anyone skeptical of RCV being approved nationally should recall that states, rather than the federal government, determine their elections. This is why Maine, after passing a state law in September, was the first state ever to use RCV to elect a president. (Since Biden won more than 50 percent of the vote, the mechanisms of RCV did not have to be employed.)

That means Princeton students who live in the U.S. could easily begin RCV initiatives similar to the student-guided Princeton Gerrymandering Project , which seeks to make democracy fairer, in their hometowns.

But not all is lush in the land of RCV. Like plurality voting, RCV can become strategic, shuffling votes to secondary parties to secure your stellar candidate into service. RCV sometimes succumbs to the “ center squeeze effect ,” in which a center candidate who all overwhelmingly favor still loses the election.

For example,voters may rank their second favorite candidate ahead of their favorite to prevent their lowest-ranked candidate from winning. For those who favor centrist, comprising candidates, that strategy may sound like a positive. Its downside, however, is that not all voters honestly rank their candidates.

At least RCV gives the third party a chance in this scenario. FPTP barely considers a third-party candidate a competitor. In multi-win elections, where multiple seats need to be filled, RCV would also allow smaller parties to win seats in the House or the Senate, resulting in a government with two major parties, but forced to make compromises and coalitions among the increased number of independent members.

Making this happen would require some redistricting to create zones with multiple representatives. Doing so would increase representation in that district and counteract gerrymandering, as more representatives allow for more ideological diversity.

Get the best of ‘the Prince’ delivered straight to your inbox. Subscribe now »

FPTP’s failures make a stronger case for why it needs to go. The first problem arises with third-party candidates. Those who argue that voting for third parties is a laudable choice are correct. The United States was designed to be a nation of compromise. Yet ,voting independent essentially waste one’s vote if two parties dominate a plurality voting system.

The major parties will dominate because it is always strategically preferable to vote for them, making voting for the third party a risk not worth taking. Voting against the mainstream would only make sense in the rare case that a third-party candidate has a reasonable chance of winning an election. The last time this happened was 1912, when Theodore Roosevelt’s Bull-Moose party split the Republican party , letting Woodrow Wilson win the presidency in a landslide.

Even if the “ spoiler effect ” (when a candidate has a small level of support and cannot win themselves, but they still change who wins merely by being in the election) would not hamper political change within a state, enough major deviation from the two-party line could result in the minority-favored candidate winning. The derision of a “wasted vote” and “spoiler” is not about singular votes (which would be absurdly granular), but the major parties trying to prevent their own losses.

The risk of the least favorable candidate winning should be enough to nullify voting for a third-party candidate. Even though getting five percent of the popular vote results in a party receiving federally matched funds, an incentive for that party to continue engaging in FPTP, voting reform would help that party much more.

In a plurality system, those voting third-party have to sacrifice many elections before their party has any chance of obtaining five percent of funding, let alone get on the map. As it stands, the majority of people will not vote for the third party (Jo Jorgensen of the Libertarian Party has received only about 2.7 percent of the popular vote at the time of writing).

Another problem with voting for third-party candidates without changing the voting system is the threat of minority rule. If the electorate was split, for example, between seven candidates, a nominee would need only 20 percent of the vote to represent the entire country.

Something like this happened in 1824 . After none of the four candidates obtained the required 131 electoral college votes, the House named John Quincy Adams president. Adams represented only one-third of the country’s popular vote, which led to anger and resentment in the next electoral cycle. In an RCV system, the quandary of 1824 would likely have been resolved, with John Quincy Adams winning because he would receive the votes of Henry Clay’s supporters.

Even if the rickety electoral college causes the minority to win office occasionally, it works effectively when the country is not intensely polarized, giving, as former President Barack Obama put it, “a strong message if (a candidate) is speaking to what the American people care about.” A purely popular majority system results in the same problem.

The political division that pervades our country, widespread anger about vote distribution, and demands for a thriving third party all indicate we must change the formulas we use to elect citizens into office. As Princeton students, we can work with local officials to change that, using our power as citizens to reform democracy and expand electoral choices. RCV offers just such an option.

Ethan Magistro is a sophomore from Morristown, N.J. He can be contacted at .