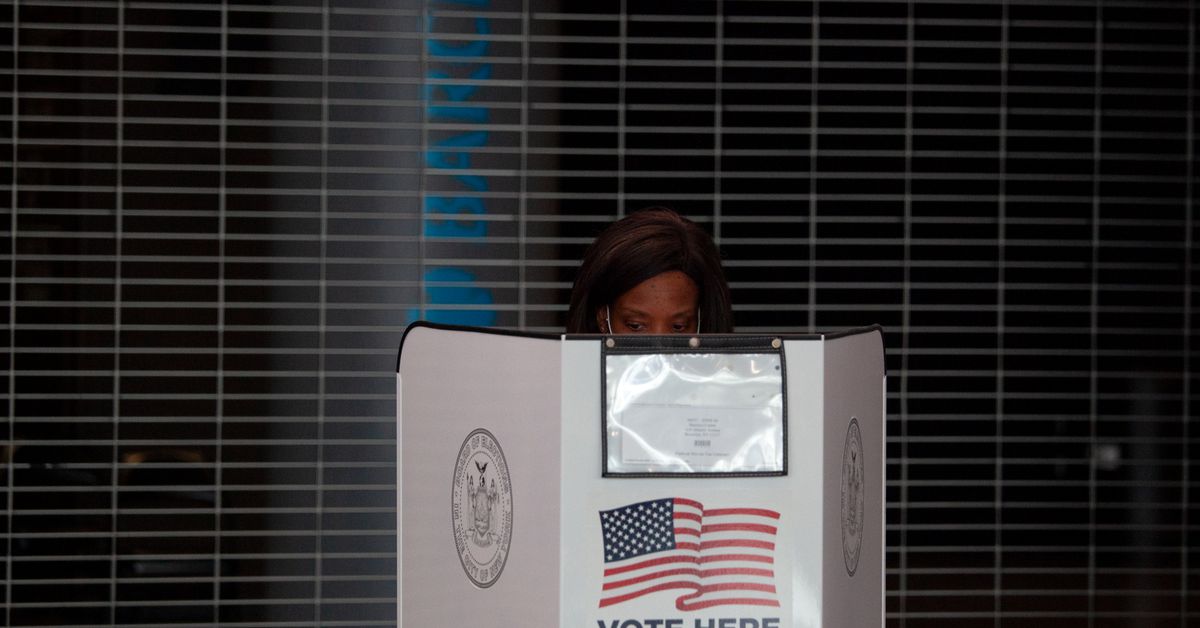 The city’s Board of Elections is looking for a company to provide software for the new ranked-choice voting system amid calls from some officials to delay the ballot changeup beyond this year’s crucial mayoral election.

The board issued a request for proposals Nov. 16 to find a firm with the digital know-how to tabulate votes after New Yorkers rank candidates in order of preference on their ballots. Interested companies must respond by Monday.

The deadline comes less than two months before the new system is scheduled to be used in a special election for a Queens City Council seat — and follows widespread criticism of the board’s poor handling of mail-in ballots during the pandemic.

The nonprofit Ranked Choice Voting Resource Center is another strong option, according to Lerner, who is a leading supporter of the new voting system. The North Carolina-based outfit has open-source software that the Board of Elections could likely use at a low cost or even for free, Lerner said.

“There are good possibilities,” she added.

Ranked-choice voting allows voters to list their favorite candidates in order of preference on their ballots. If no candidate gets a 50%-plus majority, the candidate with the fewest first-place votes is purged.

Then, the second-place votes of those who backed the eliminated candidate then get dispersed to the remaining candidates as ranked. That happens over and over until the candidate with the most votes among the final two is declared the winner.

Previously, a New York City candidate for citywide office could win with just over 40% of the vote. If no contestant got that many votes, a runoff election was scheduled.

Meanwhile, at least one elected official running for mayor is now opposed to the change approved by voters in November 2019.

Brooklyn Borough President Eric Adams, who previously supported the ranked system, is now worried it will “ disenfranchise ” Black and Latino voters unfamiliar with the new set-up.

Supporters of ranked-choice voting note that Adams and other opponents have not cited evidence from other elections throughout the country to back up that concern.

“It is not intended to harm communities of color,” said Jarret Berg, the co-founder of Vote Early NY , a nonpartisan group.

“The first time you do something there are always some challenges,” he added. “It just takes a few cycles. That’s no reason to scare people off from a well-meaning change.”

The first test of the new system is set for the Feb. 2 special election to replace term-limited Queens Councilmember Rory Lancman, who is leaving to take a state post.

Special elections for the seats of Bronx Councilmember Ritchie Torres, who is headed to Congress, and Councilmember Donovan Richards, Queens’ new borough president, likely will be held in March.

Backers of ranked-choice voting hope those elections will give Board of Elections officials a chance to work out any kinks before the June 22 primaries, which include contests for mayor, comptroller and most of the City Council.

“It actually can be helpful to have that gradual expansion, from one to three to all,” Lerner said.

Voters approved the ranked-choice voting referendum last year after a Charter Revision Commission advanced by the City Council held a series of hearings on the topic and other changes.

Supporters argued that the system would eliminate the need for runoff elections and force candidates to campaign to more diverse groups of voters while tamping down on negative campaigning. They also pointed to other areas in the country where ranked-choice voting has been a success.

But a few days before the vote, the City Council’s Black, Latino and Asian (BLA) Caucus came out in opposition to the proposal.

The group — which had not taken a position during months of public hearings — argued that the new system would hurt people of color and non-native English speakers. Ranked-choice voting could also boost the chances of fringe candidates, detractors say.

“We have no confidence in BOE’s ability to acclimate voters to a system of ranked-choice voting’s scale and complexity, particularly within a compressed time frame already constrained by the pandemic, given its abysmal record of performance,” wrote caucus co-chairs and Queens Council members I. Daneek Miller and Adrienne Adams.

Valerie Vazquez-Diaz, a board spokesperson, did not respond to multiple emails seeking comment.

The City Council’s committee on Governmental Operations has scheduled a hearing on the topic for Dec. 11.

‘We Can Do Better’

City Councilmember Carlos Menchaca (D-Brooklyn), who is part of a crowded field running for mayor, cited recent Census outreach figures as evidence that the city can properly educate voters.

New York registered a 61.8% self-response rate , higher than that of many other cities, despite the pandemic.

“We can do that again and we can do better,” Menchaca said.

Candidates have a “responsibility” to teach voters how the ranking system works, he added.

One candidate looking to replace Lancman in Queens said she does a show-and-tell on ranked-choice voting while she’s on the campaign trail.

“Most people understand it,” said Moumita Ahmed. “It’s helpful to have a piece of paper to show them with visuals. It’s quite easy and they respond well to it.”

She’s uniquely qualified to educate voters. Before running for office, she was a field director for Common Cause, where she focused on teaching people about the system.

“Unlike other folks, I’m not afraid of the process,” she said. “I know it’s our first time implementing it and it might not go as smoothly as we want it.”

Before those votes, groups like Common Cause and the city’s Campaign Finance Board are educating candidates and the public how to use the new system.

Rank the Vote NYC has held over 20 training sessions to teach people how ranked-choice voting works and its impact on elections.

“I think this election showed there is a hunger for people to feel like they have a voice in their government and in their elections,” said Gail Benjamin, who served as the chair of the 2019 Charter Revision Commission.

“I think this is one way to give them more of a voice,” she added. “It’s been tried in other places and is working.”