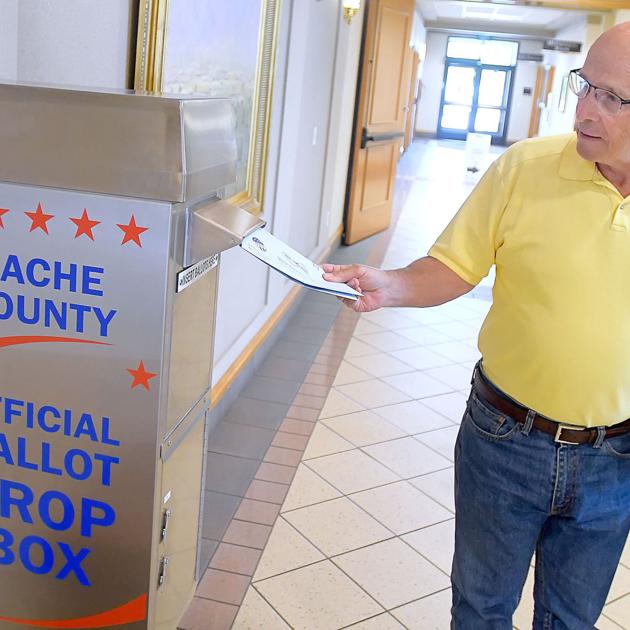 “That transition made good financial sense, I think, for the state and for large communities,” Cann said, “but for smaller communities, the way we’ve historically conducted our elections is very different.”

Cann said conducting a typical primary and a general election by mail will cost North Logan an estimated $20,000, while a municipal election in the past would cost $6,000 for both.

Ranked-choice voting has the potential to cut by-mail election costs in half because it eliminates the need for separate primary elections. Voters rank all candidates in order of their preference. When tallying the votes, the first-choice candidates of all voters go up against each other and the candidate with the least votes is eliminated.

The ballots that ranked the eliminated candidate first are redistributed to the candidate they ranked second, and the process is repeated, eliminating candidates and re-tallying ballots until only the winner is left.

Price tag aside, Cann said there are other “fairly numerous” upsides to ranked-choice voting. By eliminating the need for a primary election, campaign expenses are lowered — potentially opening the door to more candidate options — and voters would only have to vote once. Also, Cann said there would be no wasted votes.

“You can rank your first choice person in first place, even if you don’t think they have much of a chance of winning,” Cann said. “Your voice is still heard through your preference expressed on your second-choice candidate.”

During a presentation to the City Council on Thursday, Nibley City Deputy Recorder Cheryl Bodily said ranked choice voting would save the city over $7,200 by throwing out the primary and may also help with election atmosphere.

Nibley Mayor Shaun Dustin, having been a part of a mayoral primary and “two contentious elections,” said he liked the increased civility aspect of ranked choice voting. While unlikely to change the outcome of the election, Dustin said it might change the tone.

One issue both cities face is educating the public during an election year on a new voting process — an issue Nibley officials said was already under consideration because there will be no polling place this year due to mail-in ballots. Cann said there are also options for mock elections where voters could get the feel of a ranked-choice ballot.

Neither city has yet committed to ranked-choice voting, though both cities have voted in favor of revisiting the topic. Cities will have to notify the Lt. Governor’s Office by May 10 if they decide to implement the change.

Cann said the North Logan City Council is seeking feedback on the option. At a council meeting on March 17, interested parties were encouraged to reach out to their representatives.