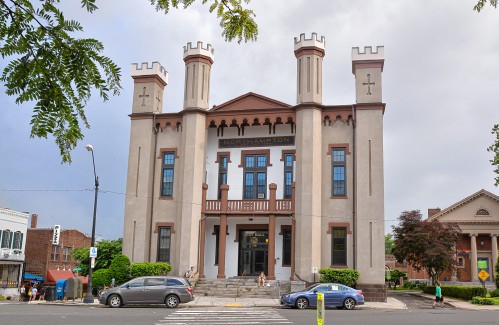 NORTHAMPTON — Ranked-choice voting and giving non-citizens the right to vote are one step closer to happening in municipal elections.

Last Thursday night, the City Council voted to accept those two recommendations from the Charter Review Committee , a group that spent nearly a year proposing a number of changes to the city charter, a document that specifies how the city’s municipal government runs.

“I can think of no better statement of community than expanding who gets to be a part of how our community is run and who gets a say in who their representatives are,” Ward 2 councilor Karen Foster said of allowing non-citizens to vote.

“If we’re not afraid of true democracy, then I don’t think we should be afraid of including all residents — non-citizens included,” said Ward 7 councilor Rachel Maiore.

Ranked-choice voting had widespread support, said Bob Boulrice, a member of the Charter Review Committee. He pointed out that other cities and towns, such as Cambridge, use it.

Recommendations that have yet to be discussed and approved by City Council, including lowering the municipal election voting age to 16, will be taken up at future council meetings. Moulton expects it will be at the October 1 meeting.

Amherst has tried to pass home-rule petitions to allow non-citizens to vote but the state Legislature has not passed the town’s petition into law.

Greta Jochem can be reached at gjochem@gazettenet.com.