Editor :: Times of San Diego
Ranked-choice voting may not be perfect, but it is unquestionably a better way to select the representatives of.. 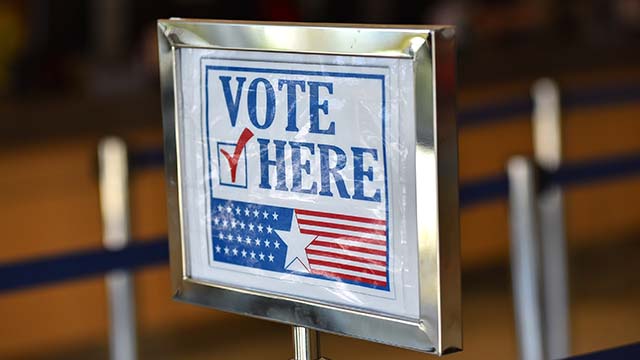 We are not as divided as our politics suggest.

The More Choice San Diego coalition, which includes individuals and organizations that don’t always agree, believes that our politics can better achieve consensus as opposed to sowing division.

Across the country, we’ve seen how our political discussions have become simplified into binary black and white hyperboles that overlook the nuance and humanity that should be present in a healthy democratic debate.

As a result, the wisdom and leadership of candidates, representatives, and thought leaders who otherwise provide a healthy democracy has been silenced by the loudest microphones, drowned out by the most vocal, divisive, and uncompromising voices of the political extremes. Incrementalism is unpopular right now, when candidates and party leaders show their bonafides by embracing the most extreme ideas, even — and perhaps especially — if those ideas are impractical.

Political professionals and special interests that fund the industry capitalize on extremism by dividing us into two camps, two campaigns.

Although the perversion of politics can make for great entertainment, the damage it is doing, and has done to the quality of our governance, is undeniable.

Today’s electoral process gives voters three choices: (1) Vote for Camp One, (2) Vote for Camp Two, or (3) Don’t vote at all. The first two options reinforce our division. The third destroys our democracy.

The More Choice San Diego coalition believes there is another option. We can start to mend the broken system that converts every discussion, every disagreement, and almost every serious issue we face today, into a two-sided debate.

Our remedy for this disease of division is simple, fair, and easy. Just two steps.

Instead of advancing just two candidates from the primary, when up to 50% fewer voters participate, we advance four. This keeps our election schedule in-line with all other local, state, and federal elections. It requires absolutely no change to the ballot and its administration. And it doubles the number of choices the voters will get in November.

We would use ranked-choice voting in the November general election. As such, instead of forcing voters to choose just one candidate, we give voters the option of ranking all four candidates. The process provided by ranked-choice helps determine a winner who is supported by a majority of the voters. Importantly, this increasingly popular method gives voters the opportunity to vote for the candidate they like the best, without worrying that they will help to elect the candidate they like the least. It also guarantees that more candidates from underrepresented populations or smaller parties have a chance to participate in the general election. And, finally, voters will have the power to punish candidates who engage in negative campaigning by ranking them last, or by not ranking them at all.

The More Choice San Diego coalition represents ideological perspectives from across the spectrum. We have united behind what we call the “Top4RCV” proposal to bring ranked-choice voting to San Diego. People and organizations that often disagree came together and talked about our different perspectives, and we settled on a solution. This solution may not be perfect, but it is unquestionably a better way to select the representatives of our democracy than the way it’s done it today.

In San Diego, we can incentivize a more civil discourse.

We can discourage divisiveness.