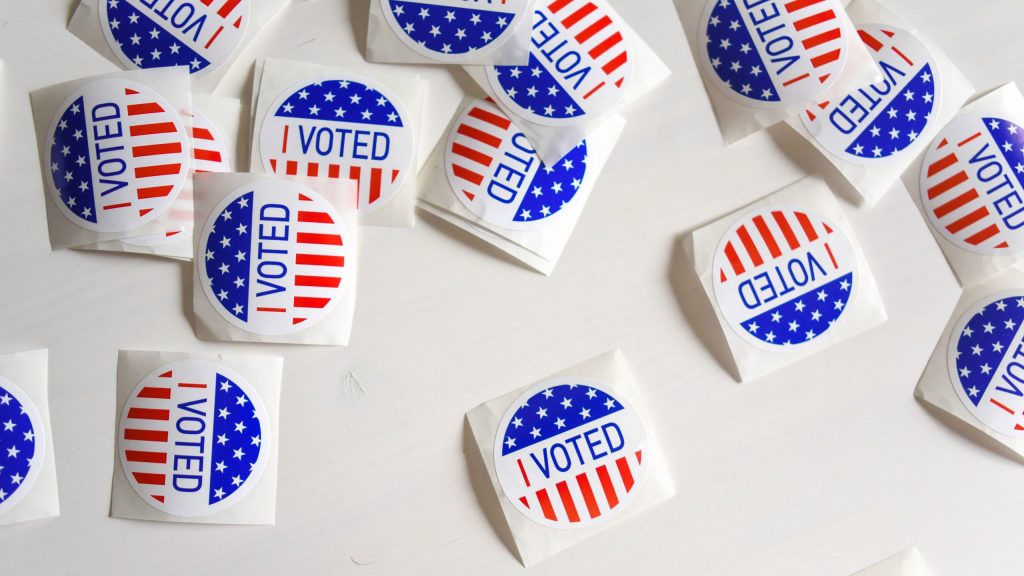 In a time when all eyes are on the health of America’s electoral process, a new approach to voting may give an enhanced voice to women and minorities – and provide political parties with better insight into how to adapt for the future.

An analysis of the 2020 Democratic presidential primaries that used Ranked-Choice Voting (RCV) for the first time shows this new approach was effective in providing consensus for selecting a presidential candidate, while acknowledging the desires of diverse voters, according to a new study published by New America , a Washington, D.C.-based policy institute.

Traditional voting follows a first-past-the-post model, where the candidate with the most votes wins. But in five states in 2020, the Democratic Party used the RCV model for the first time to determine the party’s presidential nominee and allocate delegates for the national convention. According to the model used in Alaska, Hawaii, Kansas, Nevada and Wyoming, voters selected their top five candidates in order of preference. Candidates who received 15 percent or more of the vote received a proportional number of delegates for the convention, and candidates who received less than 15 percent of any of the votes were removed from contention.

Compared to a regular election, the RCV results were surprising, says Baodong Liu, professor of political science at the University of Utah who authored the report, “Ranked-Choice Voting Delivers Representation and Consensus in Presidential Primaries,” with research assistants Nadia Mahallati and Charles Turner of the University of Utah, through a grant from the Electoral Reform Research Group, a collaboration between New America; Stanford University’s Center on Democracy, Development and the Rule of Law; the American Enterprise Institute; and the Unite America Institute.

“The results, shown in this paper, are just breathtaking,” Liu says. “Anybody who says America is a dump and they don’t pay attention to politics, these results are just completely in total violation of their assumption. Americans are brilliant. They knew how to rank their candidates, and they treated the process very seriously.”

One surprising result of the study showed just how enthusiastic Democratic voters were in the three predominantly Republican states that used RCV. Despite a pandemic and a new, unusual form of voting, Democratic voters were particularly energized to participate in Alaska, Wyoming and Kansas with huge turnout, Liu says. While RCV comes with skepticism that the process is too complicated and hard to understand, results of the study show that was not the case in the primary election. A majority of voters were motivated to use their top choice to select a candidate who would have the best shot at winning the general election, but second- and third-choice selections also revealed what platforms and values resonated with voters.

Through RCV, voters who didn’t select the leading candidate, Joe Biden, didn’t necessarily lose their ability to influence the party platform or express their choice for an alternative candidate. Because delegates at the national convention were assigned proportionally to candidates with at least 15 percent of votes cast, regardless of which place their final votes positioned them, voters had more opportunities to rank their first, second and even later rounds of choices to help multiple candidates to achieve the threshold. Liu’s quantitative research also shows, however, to further increase the diversity of delegate selection, the Democratic Party needs to lower the 15 percent threshold for RCV to be more effective.

“There were enough women voters or minority voters in those five states that didn’t rank Biden or (Bernie) Sanders – they ranked Elizabeth Warren,” Liu says. “In their ballot, their voice added to the representation for women and enhanced the probability of Warren to get to the 15 percent.”

While RCV is used primarily in local elections, rather than a presidential election, the system is growing in popularity, Liu says. He expects political parties to continue to experiment with the format for a long time to come, particularly as criticism of the stability of America’s electoral process continues. As unsettling as it can be, instability can sometimes lead to new opportunities, Liu says. In his upcoming book, “Political Volatility in the United States,” which will be released in winter of 2021, Liu expands on his theoretical insight into how volatility is rooted in the way the American democracy operates.

“Volatility will come and go, and this is one of the most volatile times in our history, but volatility also creates opportunity for change,” Liu says. “If you are a person who likes super stability, this era is unsettling. But if you have a big stomach, like, OK, hold on, let’s see what’s next, you may be surprised.”