Ranked-choice voting is on the ballot in Massachusetts, here’s how it works 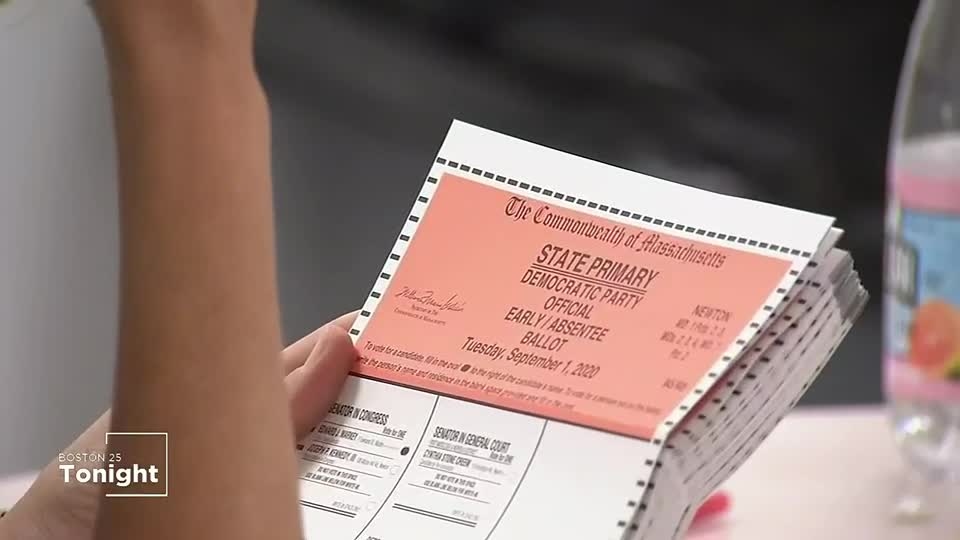 BOSTON — When you vote in the general election this year, you’ll be asked if you want to overhaul how we cast our votes in Massachusetts.

Ballot question number 2 is about Ranked Choice Voting. Voters in the Commonwealth will decide if they want to change how they vote from selecting one candidate to multiple candidates in order of preference.

“If you can go to Dunkin Donuts and rank which donuts you want to get, you can definitely rank your candidates” says Evan Falchuk, who represents the Yes On 2 campaign.

Falchuck believes we need to upgrade our system to make it possible for voters to rank candidates which would give them more say into who gets elected and less worry about wasting a vote on a losing candidate.

Here’s how ranked choice voting works: The first candidate to receive over 50% of the vote wins the race.

If no candidate meets that threshold in the first round, they move to second place votes to determine the winner. If that doesn’t happen, they move to third and so on until someone surpasses the 50% threshold.

Anthony Amore, a spokesperson from the “No on 2” committee says the new system is overly complicated and confusing.

“I think that people should know that if ranked choice voting is implemented, you will no longer have the age-old maxim of one person, one vote in Massachusetts” Amore said.

A good example where ranked choice voting could have made a difference is the recent primary for the 4th congressional district where there were nine candidates. The winner Jake Auchincloss won with only 22% of the vote.

Those favor ranked choice voting say that 78% of voters weren’t heard then in that race.

But on the other side, they argue the person who got the most votes did in fact win.

“Imagine what’s going to happen the first time, there’s a candidate who gets, you know, 30% of the vote, and they would have won under the old system. And in fact, in almost every other state, they would have won.” Says Eitan Hersh, an associate professor of political science at Tufts University.

He too believes ranked choice voting is unnecessarily complicated and money is another issue at play.

“If you’re a rich person who can raise a lot of money and blast ads, you’re all of a sudden going to get a lot more people’s second choices” Hersh said.

If ranked choice voting succeeds in November, it would take effect in 2022.

It would not apply to presidential elections in the Commonwealth.

You don’t have to rank all candidates; you can select as many as you’d like or just one.

He says it will create a more engaged electorate and ultimately a stronger democracy. Patrick also believes ranked choice voting opens the system to more choices and voices, encouraging politicians to connect beyond their base.

“You’re going to be encouraged to talk to people who aren’t in every case, your ardent supporters," said Patrick