Courtney Lamendola :: The Fulcrum
Want a democracy that looks like America? Switch to ranked elections. 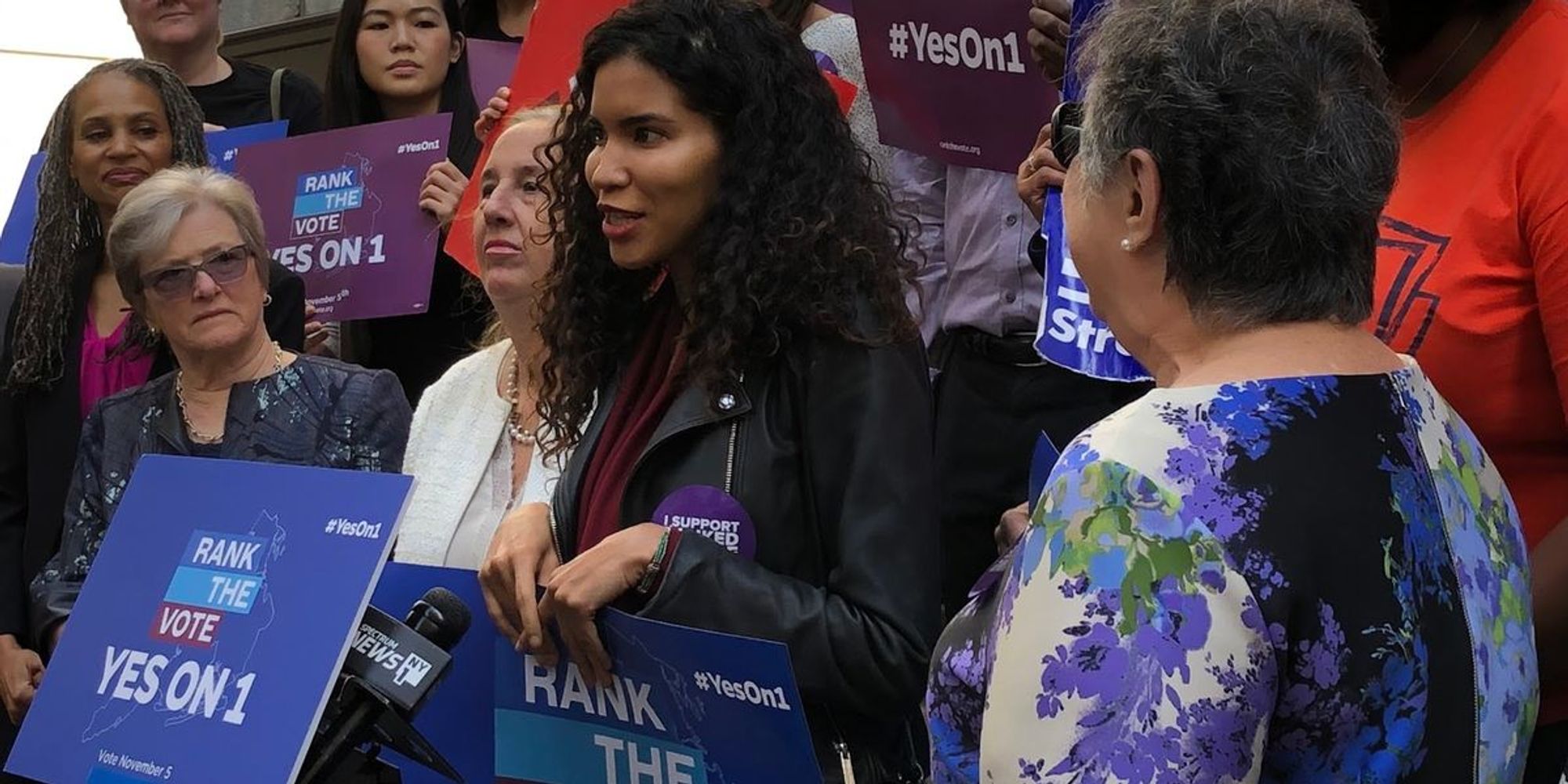 At the national level, the United States follows a single-winner plurality system, otherwise known as the "winner take all" system, which permits candidates to win elections with less than majority support. This system further protects incumbents who remain mostly white and mostly male, rewards negative campaigning — and is often subject to expensive, low-turnout runoffs in the event of a close race.

An election system that actively discourages women from running, and then systematically reduces their odds of success, will not ever produce a reflective democracy. Systemic issues demand systemic solutions, which is why the United States needs to adopt ranked-choice voting.

In a ranked-choice election, voters rank candidates for each position in order of preference. Those listed as first-choice on a majority of ballots win their race. Otherwise, the candidate named first on the fewest ballots is eliminated, and those ballots are redistributed to the second choices. The process continues until a candidate has secured majority support.

This election method has a long and tested history in this country, with proven benefits for increasing the representation of women and minorities. Research has shown so-called RCV mitigates some of the barriers to representation that prevail in single-winner, plurality-wins systems. Specifically:

Ranked-choice voting was first introduced in at-large districts in Ohio in 1912. From there, it spread to New York City in the 1920s and was implemented in 1941 in Cambridge, Mass. As cities began electing women and people of color for the first time, the system became a victim of its own success; white men, concerned with the future of their two-party duopoly, began repealing ranked choice procedures. By the 1960s, Cambridge was the only jurisdiction using multi-winner RCV.

In the 1990s, grassroots movements and support for ranked-choice contests fomented. In just the last decade, single-winner and multi-winner RCV election systems were used for local elections in 19 cities and counties. Maine has used the system for statewide elections since 2018. And, at present, there are 62 bills in state legislatures proposing the implementation of ranked-choice voting.

In the previous nine years, there have been 156 local ranked choice elections among three or more candidates — and women have won 48 percent of them. Of those winners, 38 percent were women of color. At the start of this year, women were half of all mayors and 49 percent of all city council members elected by RCV. As more cities, and now states, begin adopting and implementing ranked-choice voting, it will be worth noting if these positive outcomes continue to grow.

RCV believe the country is an election cycle away from its widespread acceptance as the national system of choice. This year it was used in the Democratic presidential primaries of four states and has been adopted for both Republican and Democratic party leadership contests in several states.