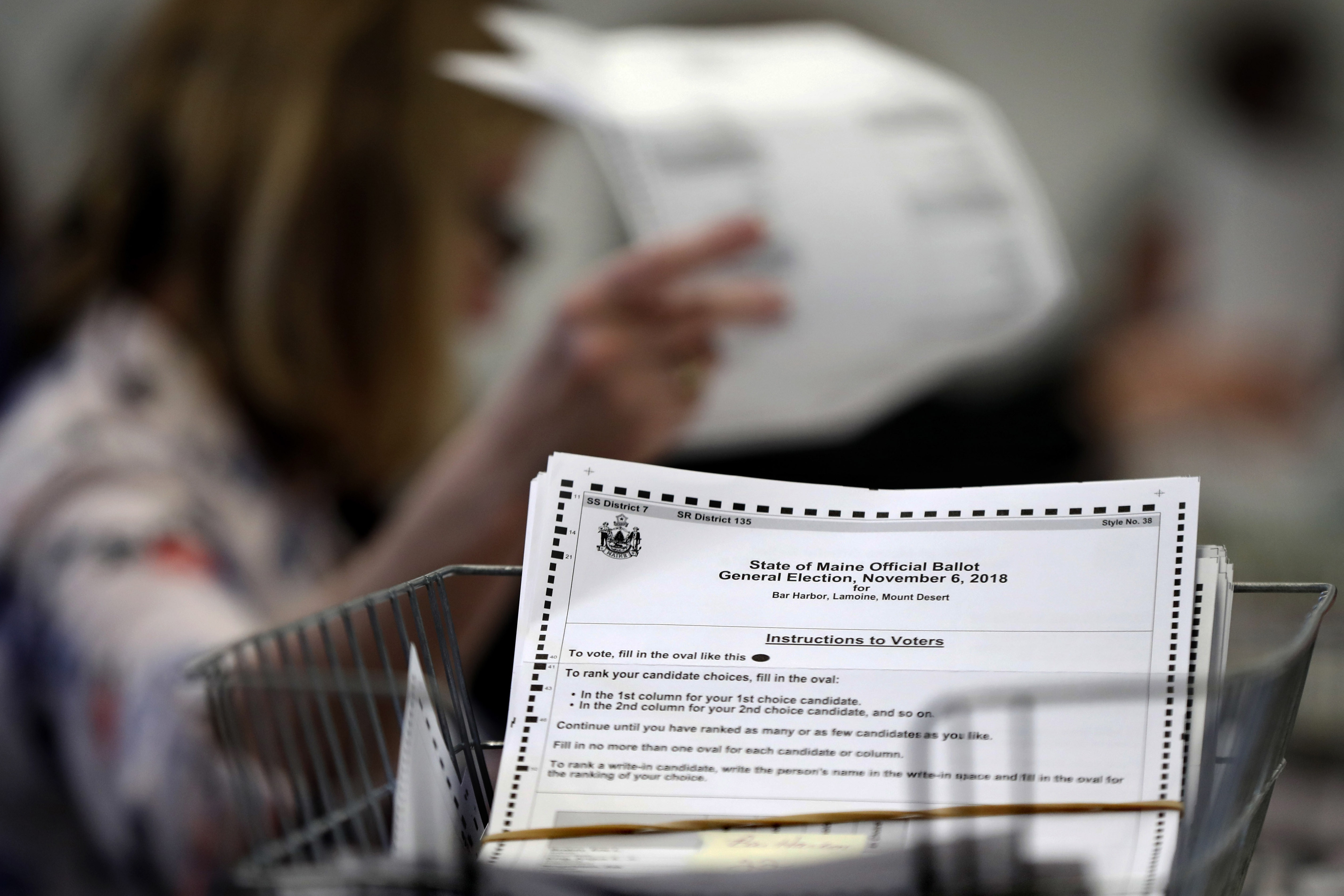 PORTLAND, Maine -- Ranked-choice voting will be used for the first time in a presidential race in the U.S. under a ruling Tuesday by the Maine Supreme Court, which concluded that a GOP-led petition drive intended to prevent its use came up short.

The Supreme Judicial Court ruled that the Maine Republican Party failed to reach the threshold of signatures needed for a "People's Veto" referendum aimed at rejecting a state law that expands ranked-choice voting to the presidential election.

The court's decision, just six weeks before the election, was issued after the state already began printing ballots using a grid-style for ranked elections.

"As we have already printed the ballots, due to the federal deadlines we must meet to provide ballots for overseas and military voters, this decision comes as a great relief and avoids the complications, confusion and expense that would have arisen from reprinting and reissuing ballots," said Secretary of State Matthew Dunlap.

Under the voting system, voters are allowed to rank all candidates on the ballot. If no one wins a majority of first-place votes, then there are additional tabulations, aided by computers, in which last-place finishers are eliminated and votes reallocated based on those supporters' second-place choices. Transporting the ballots to Augusta for additional tabulations delays results for about a week.

The voting system adds another wrinkle to the presidential contest in Maine, which -- as one of two states that divide electoral votes -- already does things differently.

The ranked-choice system, approved by Maine voters in 2016, has become a partisan issue in the state, where Republican U.S. Rep. Bruce Poliquin was ousted in 2018 despite collecting the most first-place votes.

Supporters say the ranked-choice voting system eliminates the impact of so-called spoiler candidates and produces a majority winner. Critics say it's unnecessarily complicated and disenfranchises voters who don't understand it.

The constitutionality of the voting system has been twice upheld by a federal judge in Maine. However, ranked voting is not used in the governor's race or legislative contests because it runs afoul of the Maine Constitution.

The fast-paced, eleventh-hour legal machinations resolved Tuesday followed the secretary of state's rejection of the referendum, ruling the GOP fell short of the needed level of 67,067 signatures of registered voters to force a referendum. The Maine GOP had appealed that decision and a state judge reinstated enough signatures to surpass the minimum by 22 signatures.

The issue before the state Supreme Court focused on a narrow question of whether signature gatherers must be registered to vote in the town where they are circulating petitions at the time they started.

But the Maine GOP wasn't yet conceding on Tuesday. The party is "exploring further options for review by the federal courts to protect Maine voters' rights to be heard," its chairman, Demi Kouzounas, said.