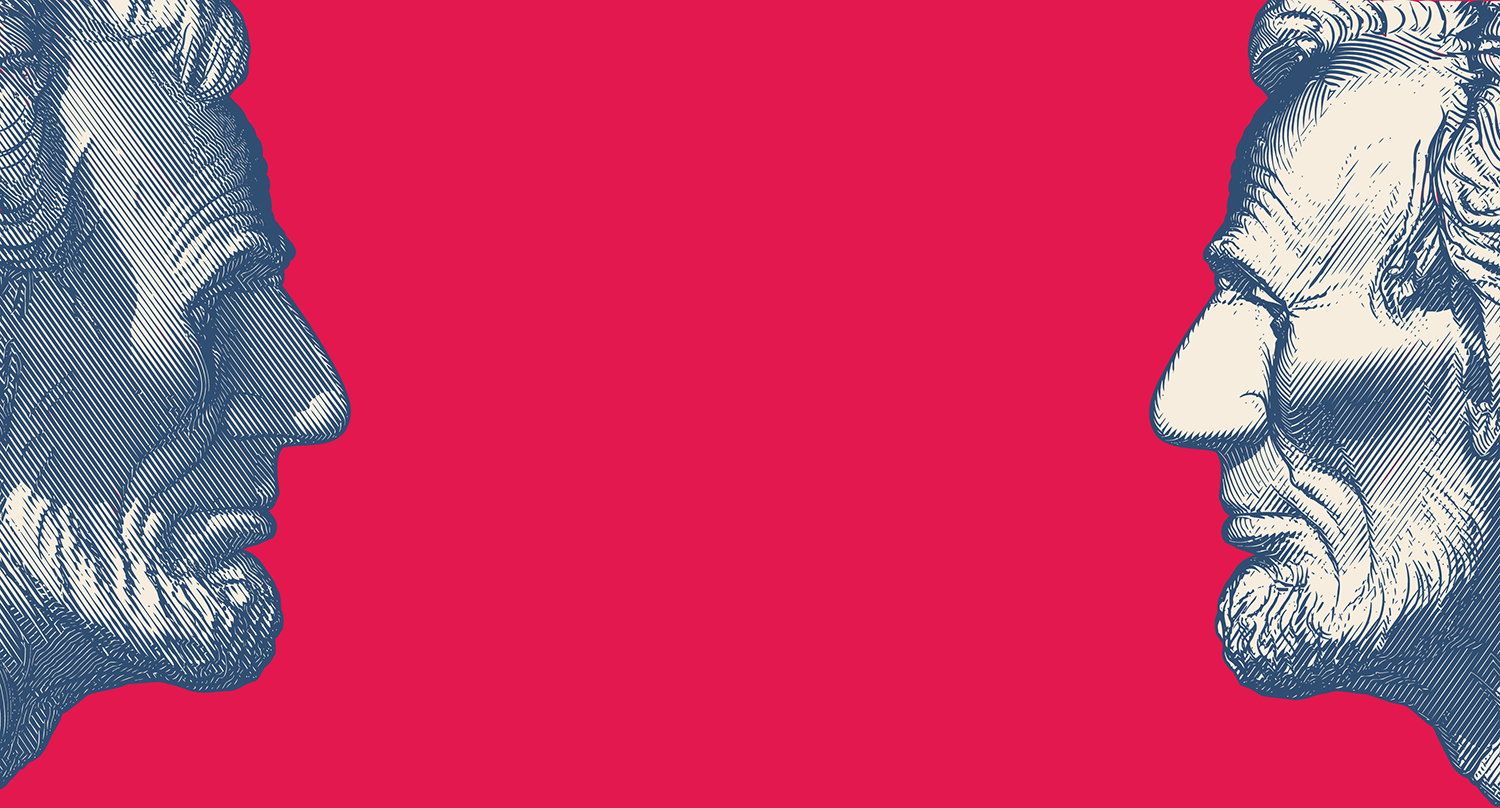 In 1860 the Republican Party gathered for their national convention to nominate a candidate for president who could successfully advance their anti-slavery platform. The twelve candidates included Senator William Seward, previously the governor of New York, and Abraham Lincoln, a former U.S. representative from Illinois who gained national recognition during his 1858 debates with Senator Stephen Douglas.

When the delegates cast their 465 votes, Seward led with 173.5 votes, followed by Lincoln with 102 votes. But to win the nomination, Seward needed a majority, 233 votes or more, so the convention held a second round of voting. Many delegates changed their votes to stronger candidates when they realized their preferred candidate couldn’t win, and Seward increased his total, but he still didn’t have a majority, and Lincoln was now only a few votes behind. On the third ballot it became clear Lincoln would win, and delegates rushed to support him, giving him 364 votes and the nomination!

Ranked choice voting is the same idea: a majority decision should be necessary to elect our representatives, and RCV provides a mechanism for enabling that.

The Republican convention was following parliamentary procedure, where most decisions require a vote of more than 50 percent, including for elections. A centuries-old democratic practice, reaching a majority often requires multiple ballots, each with one vote per person, responding to changing conditions such as the withdrawal of weak candidates.

The final decision is generally a compromise, where not everyone gets their first choice, but most are at least partially satisfied with the result. The winner of an election is then beholden to this broader constituency rather than a smaller base. Parliamentary procedure was crystalized in 1876 in Robert’s Rules of Order, now used by roughly 85 percent of all organizations in the United States.

Even the Founders wrote the principle of majority rule into the U.S. Constitution, for the election of the president by the Electoral College: “The person having the greatest Number of votes for President, shall be the President, if such number be a majority of the whole number of Electors appointed.” As Alexander Hamilton wrote in the Federalist Papers, “it might be unsafe to permit less than a majority to be conclusive.” And James Madison, the “Father of the Constitution”, was even more explicit, warning that not requiring a majority would “incur too great a risk of success to a very inferior candidate.”

Since presidential electors do not actually meet in person but instead send their votes to Congress for counting, the Founders provided a contingency “if no person have such majority”. In this case the House of Representatives would assemble as state delegations with one vote per state, and “a majority of all the states shall be necessary to a choice.” This changed the basis for the decision, perhaps stimulating a different outcome, but it also allowed for multiple votes, if necessary. And this has happened twice in our history, in 1801 and 1825, in the first case requiring 36 ballots to elect Thomas Jefferson as our third president!

The U.S. Constitution left it to the states to design their own elections. Typically involving large numbers of voters who cannot be called into meetings, many states, including Massachusetts, also reassigned non-majority decisions to their legislatures. Usually this meant that the party with a majority of members would elect their own candidates to the legislature and to the governorship, which was not out of keeping with the British parliament’s election of the prime minister as their executive officer. However, the results were often not to the liking of the citizens who had this authority taken away from them. The State of Maine even had an armed, twelve-day confrontation challenging the legislature’s appointment of their governor after the election of 1879 failed to have a majority winner!

In the wave of Jacksonian democracy that began in 1828, expanding citizen power at the expense of the “elites” who had dominated government in the nation’s first half-century, such delegation of elections to legislatures were eventually eliminated. That was the purpose of the Fourteenth Amendment to the Massachusetts Constitution in 1855.

The states thereby lapsed into our current simplistic system, plurality voting: after one round of voting, whoever has the most votes wins. But it’s well known this approach often fails to reach a majority decision when there are three or more candidates. It can also be easily gamed by funding minor candidates who can split an opponent’s vote. Voters are left strategizing about “who can win” and picking between “the lesser of two evils.”

Recognizing these issues with plurality voting, some states adopted delayed runoff elections, where only the two candidates with the largest number of votes compete. The Georgia legislature was one of the last to give up its right to pick the governor in non-majority outcomes, after their selection of controversial segregationist Lester Maddox in 1966, and moved directly to runoffs. But if there are more than three candidates originally, the one who actually has majority support could still be missed. Moreover, such extra elections are costly, usually have reduced turnout, and the extended campaigns can be arduous.

Ranked choice voting avoids the problems of plurality voting by carrying out a series of “instant runoffs” in a single election. First described in 1871 by William Robert Ware of the Massachusetts Institute of Technology, it emulates in-person meetings by always eliminating the candidate with the fewest votes in each round of voting. Voters rank the candidates on a single ballot and their vote always goes to their top choice who is still in the race. They can thereby express their true preferences while avoiding vote splitting. The result, after only a few rounds, is a candidate with majority support. The current version of Robert’s Rules of Order, Newly Revised, has since 1970 recommended recommends ranked choice voting for elections that cannot be held in person, calling it “especially useful and fair.”

We can transform our aspiration to reality by voting for this democratic reform on ballot initiatives and for legislators who support it.

Andy Anderson works at Amherst College in Massachusetts and is a longtime volunteer with Voter Choice Massachusetts.

Help get rank choice voting on ballots across the country by joining us or by donating.