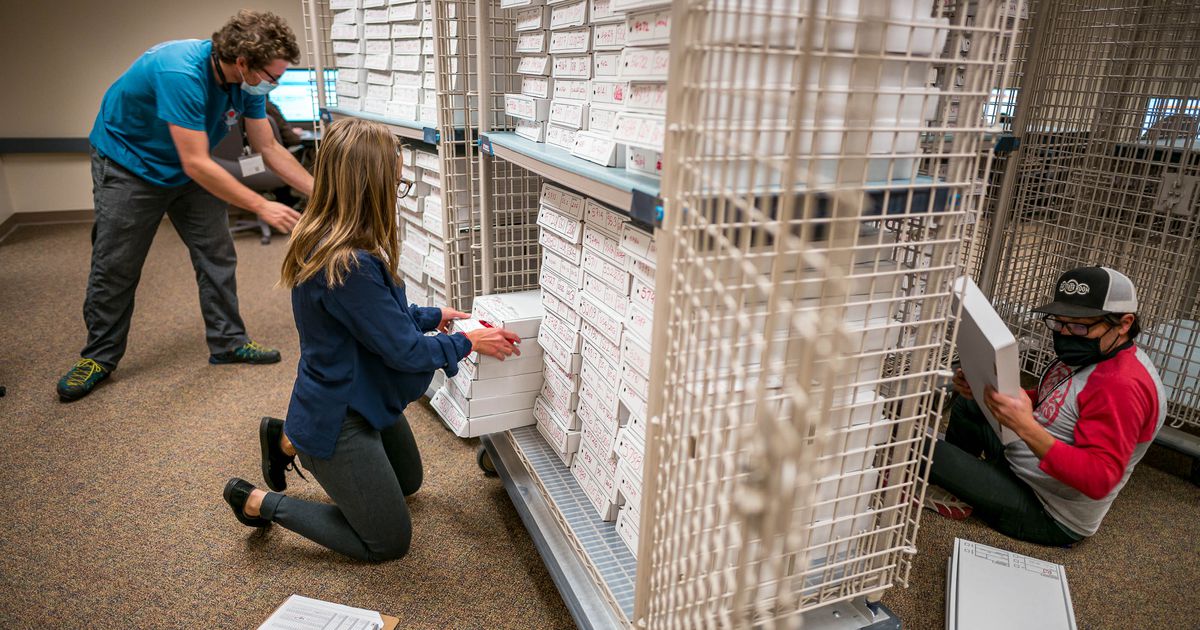 A city’s legislative body has to notify the lieutenant governor’s office before May 10 to participate in the current ranked choice voting pilot program.

Salt Lake City is among many municipalities deciding whether or not to participate. Cottonwood Heights is interested in evaluating the ranked choice voting option and “will be having further discussions about it” before the deadline, according to Lindsay Wilcox, communications manager for Cottonwood Heights City.

Ranked choice voting is an electoral system that allows voters to rank candidates by preference instead of choosing one candidate for a position.

An earlier draft of the ranked choice voting pilot, HB75 , sponsored by Rep. Jeff Stenquist, R-Draper, would have required county clerks to administer this type of election if a city chose to try it, raising the hackles of county clerks who felt it would bring too many complications and didn’t agree with being forced to conduct the election.

“County clerks… were opposed to counties being forced to conduct city elections,” Swensen said, adding that a tremendous amount of work was done to get the bill changed to the 3rd substitute that passed.

The bill now allows cities to contract with a county outside where the city is located to conduct a ranked choice voting election.

Cities contracting with counties isn’t new in Utah. “We have conducted elections for all 18 cities in Salt Lake County, 12 local districts and five metro townships as an option and through a mutual agreement,” Swensen said. Municipal elections are the statutory duty of the city recorders, but many county clerks have offered the administration of city elections as a contract option before.

“It has always been a mutual agreement between the city and the county where [administering city elections] has been done, not forced,” Swensen said.

“Instead of holding a primary election, all the candidates proceed to the November General Election ballot where they are ranked by the voters. Therefore, a primary could be excluded,” Swensen said.

On the other hand, Salt Lake City Council staff Ben Luedtke worried that if a ballot was long, or required an extra page, there would be an additional cost. Currently, there is no limit on the Utah law as to how many candidates can be ranked.

“If we had a two-card ballot countywide, it would cost an additional $194,000,” Swensen said in a Salt Lake City Council meeting on Feb. 16 .

In addition, the issue of adjudicated ballots would slow down the ranked choice voting process.

However, Swensen said that any additional time needed to adjudicate ballots would be offset by the lack of a primary, leading to “less work overall.”

The County Clerk’s office signed a contract on Dec. 31 to get new voting equipment to conduct ranked choice voting elections.

In a Salt Lake City Council announcement on March 23, the Salt Lake City recorder’s office provided updates on the potential for Salt Lake City to hold a Ranked Choice Voting election in November. Swensen confirmed her office would be able to provide ranked choice voting as an option for the 2021 Municipal Election using Dominion Voting Systems equipment.

In a 2020 letter to Swensen, Chris Wharton, who served as Salt Lake City Council Chair in 2020, and Erin Mendenhall, Salt Lake City Mayor, wrote that any significant change to the electoral process must include public education well in advance of Election Day.

“The election went really well, and our city council was all onboard with it,” Pamela Spencer, Vineyard City recorder, said. “Although our resident population is much smaller than [Salt Lake City’s], our residents thought it went well.” Spencer noted that few questions were asked about the voting method, and few people did not understand how to mark their ballot after the education efforts.

“In 2015, the city put together an interdepartmental committee that had $66,000 for a six-month public education effort about the switch to vote by mail,” Luedtke said. “The council has expressed interest in a similar outreach effort for the switch to ranked-choice voting.”

Wharton and Mendenhall wrote in support of trying ranked choice voting in the 2021 municipal election.

“Providing voters with greater choice at the general election when turnout is historically much higher makes for a stronger election,” Wharton and Mendenhall wrote. “Other potential benefits [include] sustaining or even growing higher voter turnout, ensuring every ballot cast ‘counts,’ even when a candidate withdraws from a race, and the chance for a more inclusive election wherein candidates appeal to a broader audience.”

Spencer said she liked the way ranked choice voting was conducted in Vineyard. “A lot of times I voted against somebody rather than for somebody. I feel like ranked choice took that away. You still get to vote for who you want.”