Should the state force counties to oversee ranked-choice voting? 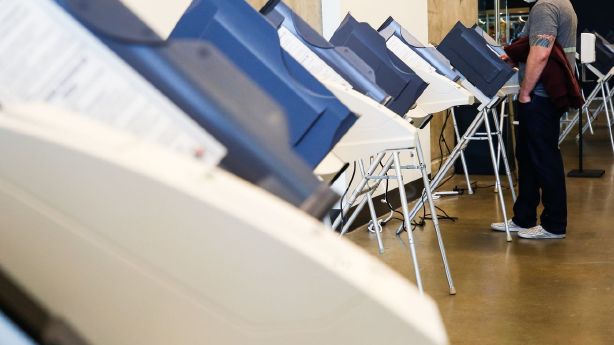 SALT LAKE CITY — Utah representatives debated Friday whether it is the state's responsibility to intervene in a local deadlock between cities and counties when it comes to election processes.

"It's just come to the point where we need to say 'OK, we need to step in and and intervene and remove this loggerhead, resolve this impasse, so this (state) pilot project can move forward," said HB75 sponsor, Rep. Jeffrey Stenquist, R-Draper.

The bill would extend the state's ranked-choice voting pilot program and changes wording to require county clerks to administer the voting as many cities do not have the capability. Currently, the pilot program allows cities to opt into using ranked-choice balloting and they can contract with elections offices outside their county to process the votes.

Stenquist said he spoke with various county clerks, and claimed they all said they had the equipment, the funding and the training to perform these elections on the behalf of the cities that didn't.

"The problem is that these cities, I know at least a half a dozen cities just in Salt Lake County that want to try this, and yet the county clerk is refusing to do it," Stenquist said.

Stenquist's bill solves that problem by repealing the previous practice letting cities contract with a county where they are not located to run their elections.

The bill makes it clear that if a city's legislative body decides to take part in ranked-choice voting, then it "requires a county where a municipality is located to administer instant runoff voting" and the county "may not refuse to contract to administer the election for the municipality."

Following floor debate, the House voted 46-25 in favor of the bill.

It will now go to the Senate for consideration.