The CP Edit: Rank the vote 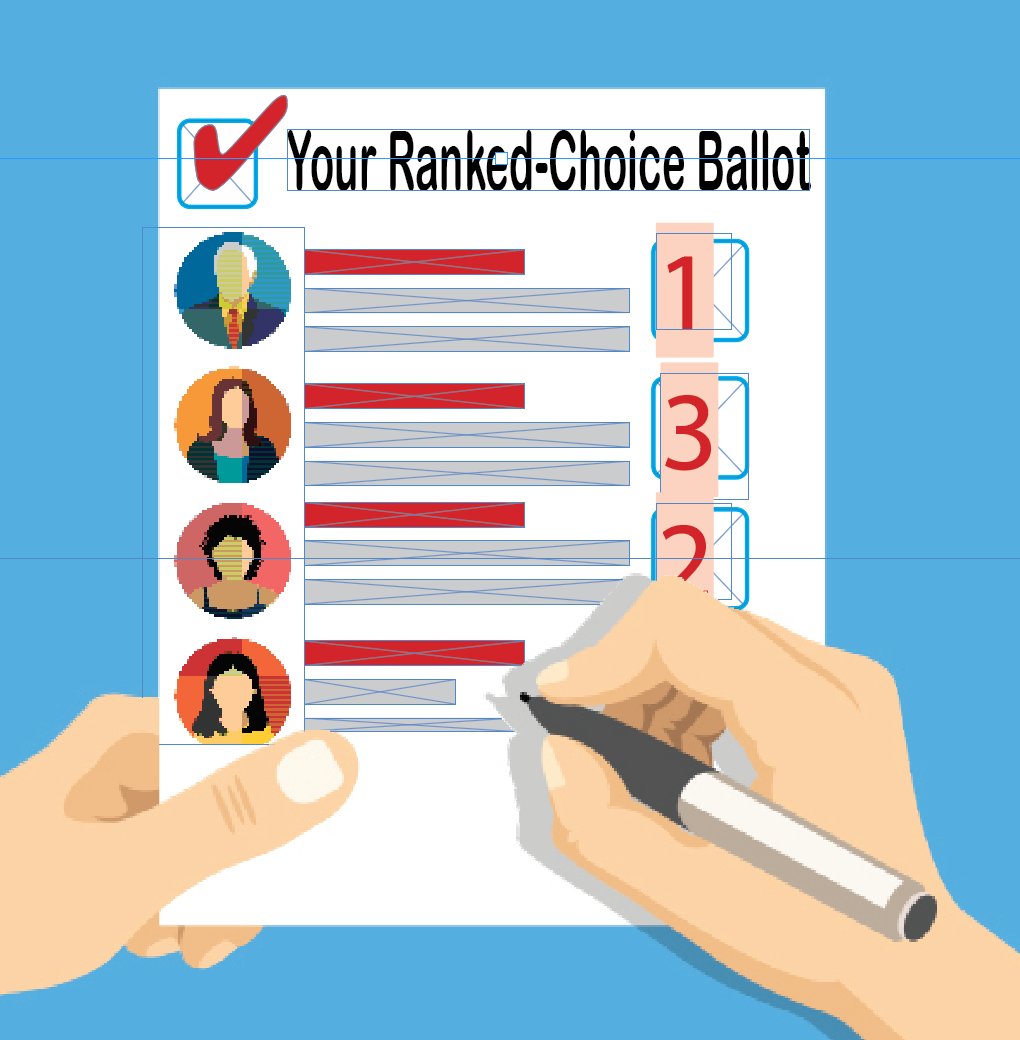 Voters across America are accustomed to going to the polls twice during election years, once in August and again in November. It’s a time-honored democratic tradition that most voters presume to be the best way — if not the only way — to choose their elected officials, from president of the United States to our representatives in the U.S. Congress, to local offices like mayor, clerk, council member and county commissioner.

That may be about to change. An alternative electoral system known as Ranked Choice Voting is gaining momentum in jurisdictions across the country and now here in Lansing. A proposal recently introduced to the Lansing City Council would bring RCV to the city’s elections. With Council approval, the measure could appear on the ballot as soon as this November, giving Lansing voters an opportunity to decide if they prefer RCV to our traditional voting system. We think the idea has considerable merit.

The most obvious advantage of RCV is the significant cost savings from holding just one municipal election in a given year rather than a primary election in August followed by a general election in November. Supporters of RCV also argue that it brings more civility to elections because candidates are motivated to avoid negative campaign tactics as they court both first- and second-choice votes. Launching attacks against other candidates may not be a winning strategy because it could alienate voters who might otherwise have considered casting their second-choice vote for the candidate who criticizes their favored candidate. Eliminating the primary election also sidesteps the high stakes, often incendiary runoff between the final candidates as they seek to undermine support for their opponent(s) going into the November general election.

RCV may also moderate the so-called “spoiler effect” of third party or other second-tier candidates, while empowering otherwise marginalized voters. We remember well the deep angst that followed George W. Bush’s controversial victory over Al Gore in the 2000 presidential election, where the outcome was decided by the U.S. Supreme Court on questionable legal grounds. Many Democrats believe Ralph Nader’s Green Party candidacy took enough votes in Florida away from Gore in Florida to throw the contest to the Supreme Court, ultimately making Bush the (illegitimate) victor.

Under an RCV system, that wouldn’t have happened. The second-choice votes of Nader supporters would instead have been added to the tallies for Bush and Gore. Because Green Party supporters mostly hail from the left wing of the political spectrum, the majority of their second-choice votes likely would have gone to Gore, tipping the scales in his favor.

This is actually a beneficial outcome for third-party voters, insofar as their single vote isn’t “wasted” on a candidate who has no chance to win. Because their second-choice vote is counted (provided that no one wins a majority on the first count), their ballot is once again relevant. As an added benefit, the winner’s coalition is broadened by bringing otherwise marginalized voters into the fold. In the context of Lansing city elections, those who vote for second-tier candidates who have little chance to win are also validated by making their second-choice vote matter. RCV may also ramp up the city’s pathetically low turnout for municipal elections, where a tiny fraction of city voters decides who wins.

Although the concept is simple, understanding how RCV works in practice and how it would impact election outcomes is a bit murkier. Since its adoption in Lansing depends on voter approval of an amendment to the City Charter, an extensive education campaign would be necessary to get voters up to speed on RCV and why they should consider making the switch. If RCV delivers even half its claimed benefits, we think it’s an idea well worth considering. We encourage the Lansing City Council to approve the proposal and give city voters the opportunity to decide if RCV should be implemented for future city elections.