The Democrats Trying to Overturn an Election 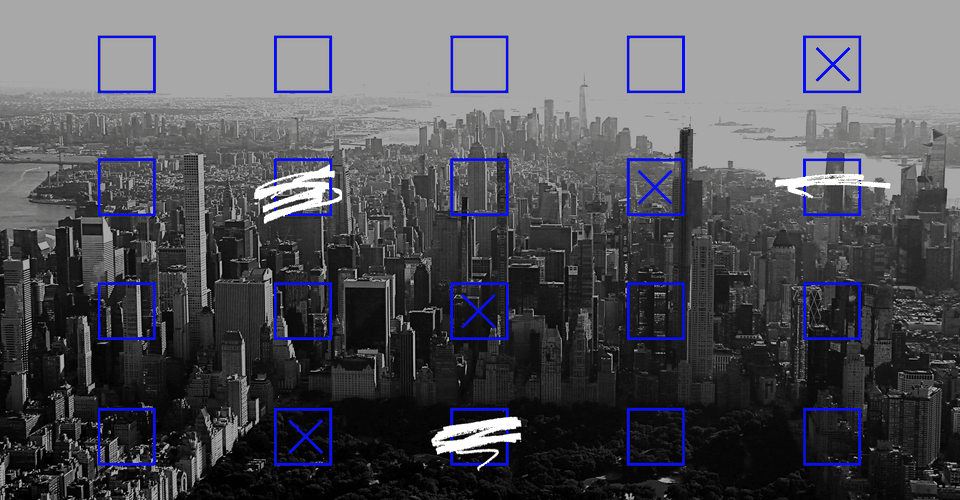 The nation’s largest city overwhelmingly approved a referendum to adopt ranked-choice voting two years ago. Now some elected leaders are trying to delay the reform.

A subversion of democracy. A brazen attempt to overturn the will of voters. Modern-day voter suppression. An 11th-hour bid to cling to power.

These are all charges Democrats have leveled against President Donald Trump as he’s challenged the results of the election that will force him from office. They’re all also accusations Democrats have hurled at one another in New York City over the past few weeks, in a bitter fight over how the city’s voters will choose a successor to Mayor Bill de Blasio next year.

A year ago, New Yorkers approved a referendum to use ranked-choice voting for the municipal elections in 2021. It was not a close vote: Ranked-choice voting won by a nearly three-to-one margin, making the Big Apple by far the nation’s most populous jurisdiction to adopt a system that allows voters to list candidates in order of preference rather than just choose one. New York would join Maine and the cities of San Francisco, Oakland, and Minneapolis, among others, in moving to ranked-choice voting. Citizens in Alaska voted last month to approve the format as part of a package of political reforms.

Just two months before the system’s initial test run, however, a group of Democrats opposed to the format—including the majority leader of the New York City Council and the leaders of its Black, Latino, and Asian Caucus—sued to halt the introduction of ranked-choice voting. They drew backing from a prominent mayoral contender, Brooklyn Borough President Eric Adams, in arguing that a city that struggles to administer elections in the best of times was unprepared to educate voters on a complicated new system in the middle of a pandemic.

Supporters of ranked-choice voting see the push to stall its implementation as a thinly disguised attempt by members of the Democratic establishment to thwart a reform that would threaten their grip on power by further opening up New York City’s machine politics to newcomers. It’s particularly galling, they say, given that the city’s electorate endorsed the change so overwhelmingly a year ago. And supporters of ranked-choice voting say that by filing Hail Mary lawsuits and sowing confusion about how the election will be run, opponents of the system are resorting to “Trumpian tactics” to delay, or deny, the will of New York voters.

“You can't make this stuff up,” says Bertha Lewis, a longtime community organizer and the president of the Black Institute, a Brooklyn-based think tank. “It's unbelievable that this quote-unquote progressive city is doing the same thing. How dare you try to overturn what voters have done in a democratic election?”

This is far from the first time that elected politicians have tried to undermine or reverse ballot measures backed by voters, although the highest-profile recent examples have come from Republicans, not Democrats. In Maine, GOP legislators repeatedly tried to block the implementation of ranked-choice voting after citizens approved the format in a 2016 referendum; at one point, Republicans enacted a law to delay the system only to have voters overrule them in a second ballot measure. And in Florida, Republican lawmakers responded to an overwhelming vote in favor of restoring the franchise to formerly incarcerated people by enacting legislation that forced them to pay fines and court fees to secure their right to vote—a move that acted like a poll tax.

Critics of ranked-choice voting in New York have likened it to political “gentrification.” Without a proper education campaign, they say, the system would essentially disenfranchise lower-income voters of color, and those who do not speak English, because they lack the time and resources to devote as much research on the candidates and the system as other voters. “Those people are not going to be able to participate in ranked-choice voting the way that people that are more internet-savvy will be able to,” Laurie Cumbo, the majority leader of the City Council, told me. “This ranked-choice voting game is really a tool for those that are engaged in the internet world, with broadband, with having internet access.

“If you don’t have that,” she said, “you’re really lost in the sauce.”

Cumbo, who is Black and has endorsed Adams for mayor, attributed the push for ranked-choice voting to “white liberals trying to find a solution to a problem that does not exist.” Though white progressives have led the push for ranked-choice voting in many places, the system has not always worked to their advantage: During San Francisco’s first use of the format, in 2018, the ranked-choice tabulations elevated a more moderate Black candidate, London Breed, over a white competitor to her left, Mark Leno, who had captured more first-choice votes.

As for the 2019 election that resulted in the adoption of the system, Cumbo said most New Yorkers didn’t know what they were voting for. “There was no real education on what was on the ballot,” she said. Advocates for ranked-choice voting spent more than $1 million promoting the referendum in 2019, and the city is allocating $2 million to raise awareness about the new system ahead of the June citywide primary—an amount that Cumbo says is nowhere near enough. Nor, she said, should she or other city officials be focused on an education campaign in the middle of a public-health and economic crisis. “I don’t have time to stand out on the corner and teach people about ranked-choice voting,” Cumbo said, “while I’m trying to get food for people, trying to pull people out of a shelter, trying to get people on health-care services and all these different things. It’s just a lot right now.”

The criticism of ranked-choice voting on racial grounds infuriates Lewis and other nonwhite supporters of the system. “It was just insulting to me,” Lewis told me. “You want to say that voters are stupid.”

Lewis took particular offense at Cumbo’s suggestion that voters made an uninformed choice in 2019, noting that turnout that year was similar to turnout for the Queens election in which Democrats reelected Cumbo two years earlier. Her voice rose, to the point where she was nearly shouting into the phone. “Did the voters know what they were voting for when they elected you, Laurie?” Lewis asked. “And if they didn't know, then you’re illegitimate, Laurie. You should put a legal case against yourself.”

A state judge dismissed the lawsuit seeking to halt ranked-choice voting last week, although the plaintiffs said they plan to appeal. Absentee ballots will soon begin going out for a pair of special elections in February. But the system’s biggest test will come in June, when the city holds primaries for what could be New York’s most consequential municipal elections since the fall of 2001, when voters elected Michael Bloomberg as mayor while the embers of the destroyed World Trade Center were still smoldering in Lower Manhattan. Every citywide office and all 51 seats on the City Council will be up for grabs, as a metropolis with more residents than all but 12 entire states decides who will lead its economic recovery from the devastation that COVID-19 has wrought.

The mayor’s race is wide open, and while Adams has criticized ranked-choice voting after backing its adoption in 2019, most of the other major contenders are supportive. They include Scott Stringer, the city comptroller; Maya Wiley, a former de Blasio aide and MSNBC commentator; Representative Max Rose, the recently defeated Staten Island congressman; and Shaun Donovan, a former senior Obama-administration official who previously led the city’s housing department under Bloomberg. Andrew Yang, the former Democratic presidential contender who is reportedly eyeing a mayoral run, is also a big backer of ranked-choice voting.

Yet the people with the most at stake in the fight over ranked-choice voting may be the outsider candidates—including many of color—who see the format as a way to compete with Democratic machines that still wield considerable influence in local races. In multicandidate fields in which a winner might secure only 25 to 30 percent of the vote, ranked-choice voting could produce more upsets like the one that elected Representative Alexandria Ocasio-Cortez, who defeated Representative Joe Crowley in a 2018 primary.

Rodrigo Camarena, a progressive activist making his first bid for an open City Council seat in Brooklyn, told me the new system was one reason he decided to run. “The system that will hopefully go into effect will make it so that people like me can campaign in a way that promotes a diversity of opinions and a diversity of ideas,” he said. “I think it’s an overwhelmingly positive thing for New York City and for our democracy.”