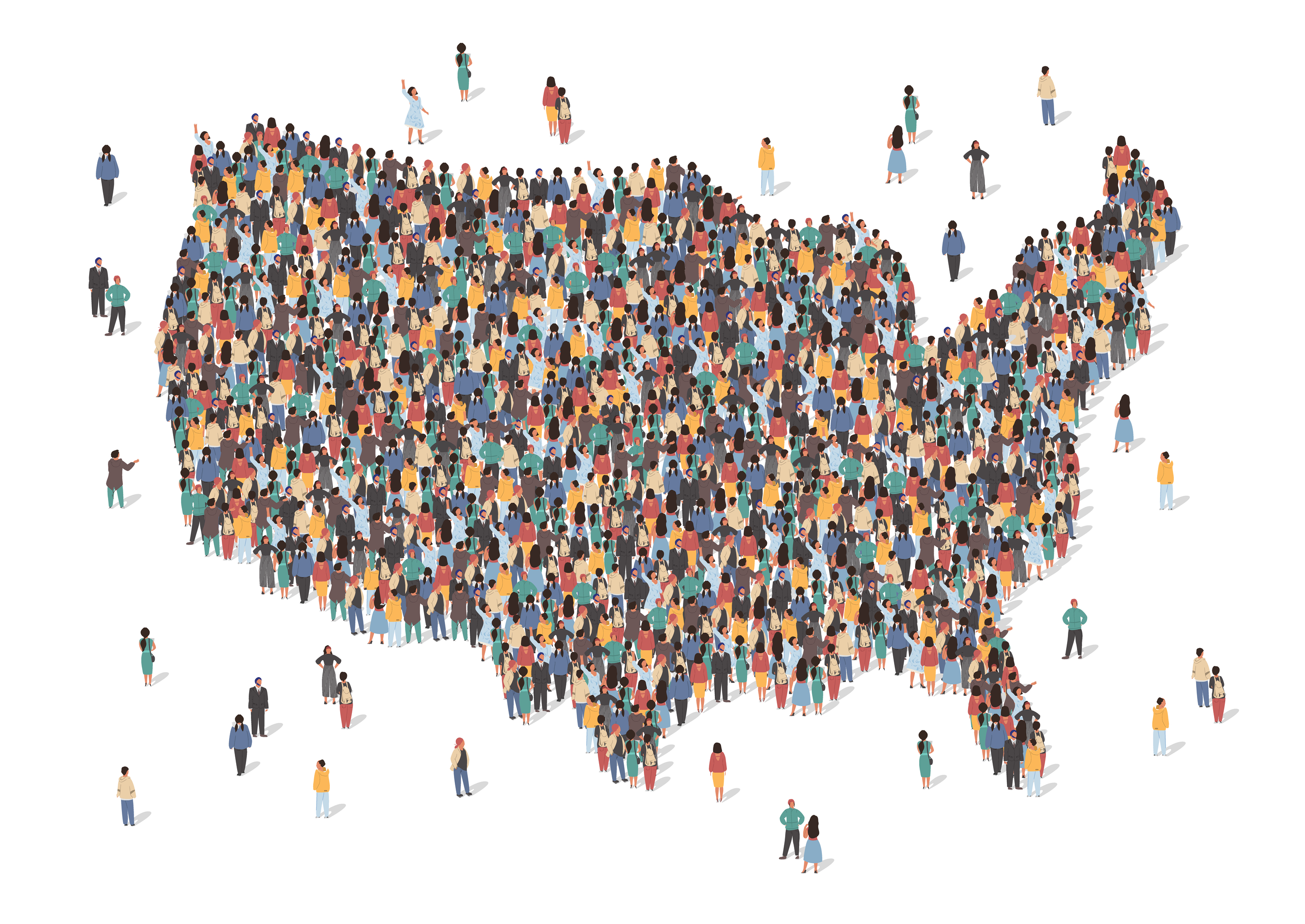 States all across the country are undergoing Congressional redistricting to coincide with new population counts from the census. But with Congressional approval hovering between the teens to mid-30s in recent years, many have begun to examine redistricting as a way to also elect better leadership. Included in redistricting reform is taking another look at the single-member district—a structure that some experts say enables partisan gerrymandering, polarization, and protects America’s two major parties from real competition.

Compare the United States’ single-district model to other countries that use multi-member districts, and those democracies like Sweden and Germany report higher ratings of voter satisfaction. So why can’t the United States merely adopt that model?  An examination of the history behind America’s history and current climate reveal this solution might not be so easy.

The Constitution explicitly laid out how representatives to Congress would be allocated to each state, but left it up to the states themselves to figure out how to apportion them. All 13 colonies originally chose at-large representation, meaning each member of Congress represented an entire state and was awarded their position based on their share of the popular vote.

This often resulted in states having delegations that were composed of the majority party in that state, as winners were still determined by the “winner take all” method used today.

The first attempt to change this was the Apportionment Act of 1842 which, among other things, mandated single-member Congressional districts in each state. This law was entirely ignored by several states before having the single member district provision removed in 1850.

Despite the federal ban on multi-member districts, 10 states currently use them in at least one house. In a study done in 2014, Fairvote found that, of the state legislatures that have the highest percentages of female representation, 6 of the 10 used multi-member districts—holding 31% of seats in MMD chambers as opposed to 22.8% in those with single-member districts.

This, and similar studies of democracies abroad, have led reformers to advocate for removal of the single-member district mandate to resolve the underrepresentation of women and minorities, as well as to resolve issues around polarization and gerrymandering. This being said, there are some things to consider before looking at striking down the single-member district mandate as a panacea to America’s electoral ills.

Despite the benefits some states see using multi-member districts, implementing such a system nationally would be a huge legislative lift with mediocre prospects of changing our political environment for the better.

When multi-member districts were the rule rather than the exception in the United States, Congress was at times just as unpopular as it is today. The country also experienced similar problems with polarization and dysfunction, the most notable of which resulted in the Civil War.

It’s also worth noting that, while polls show about 60% of Americans disapprove of the job Congress is doing, a poll in the run up to the 2020 election shows the same number of Americans approved of the job their representative was doing.

In effect, it’s not that people don’t like their representative in Congress, they just hate everyone else’s.

The other thing countries using MMD have in common

The other key difference between countries using multi-member districts and the United States is the fact they allocate their representatives proportionally, as opposed to our winner-take-all method. This means if 10% of the population votes Green, 10% of the parliament will be made up of Green Party members.

This type of system practically guarantees that every voter is represented by a party or person that strongly aligns with their views. In contrast, America’s winner-take-all system of elections, that 10% vote share would most likely result in 0% of the seats in government.

To unlock the full benefits of multi-member districts, the key is to combine them with a voting system that produces this “guaranteed representation”. In Europe, many countries achieve this using a party list system, where seats in the legislature are allocated to candidates from a party’s slate, based on the percentage similar to the votes received by each party. But do we know how Americans would feel about just voting for a party?

Americans are accustomed to voting for individual people, so it is quite fortunate that there is a way you can still have your “vote for an actual person” cake, and eat your “guaranteed representation”, too. How is that? Ranked choice voting with multi-member districts. Ireland has been doing this for parliament for 100 years. Cambridge, Massachusetts has used it for 80 years and in elections there typically 99% of voters see one of their top three ranked candidates win office. Scotland does it for local elections and they have a great video explainer of how the votes are counted.

This is such a good idea that FairVote, the promethean voting reform organization that rekindled the flame for ranked choice voting in modern America, has legislation in Congress, known as the Fair Representation Act (FRA), that would implement just that. It’s an absolutely amazing bill, so why haven’t you heard of it?

Congress is not talking much about the FRA yet because 1.) they can’t agree on much of anything, and 2.) they are not yet feeling the level of public pressure needed to pass this. Elected officials don’t normally change the way they are elected and risk putting themselves out of a good job without hearing loudly that it is a top priority for many of their constituents. So what can we do to help unlock all these benefits?

The road to reform

Rank the Vote is doing our part by following the path that other groundbreaking reforms have taken: win state by state first, normalizing and popularizing the change and transforming the culture, leading to the inevitability of national legislation. Marriage equality took this path and won. Cannabis legalization is far down the path, making great progress now. By training activists to build the grassroots support needed to win RCV enactment campaigns in their own states, Rank the Vote is helping build the momentum and state wins that can help us one day pass comprehensive national legislation like the Fair Rep Act.

Passing ranked choice voting in states will often be confined to single member districts, at least for Congress. But winning RCV teaches all of us about the possibility of making improvements to our election system. Using RCV on a wide scale also gets millions and millions of voters comfortable and excited about ranking their choices on their ballots. And many of the RCV benefits are shared with the multi-member district reform.

Both MMD’s and RCV are  really answers to a question as to how we could get better candidates into office. RCV has shown to result in more civil campaigning, less hyper-partisan candidates, and reduce the influence of money in politics.What’s more, RCV opens the door for more candidates to participate—meaning minor party candidates have a place to make their voices heard.

Like any system, RCV isn’t without its limitations, but it represents the most feasible reform with the highest impact for the United States. And it may turn out to be the surest road to arrive at a Congress elected with maximally effective multi-member districts.

Dan Sally worked with digital marketing software firm, HubSpot, advising companies on how to grow their business via the web. Dan brings his passion for electoral reform, his knowledge of digital marketing to help Rank the Vote reach a wider audience online.