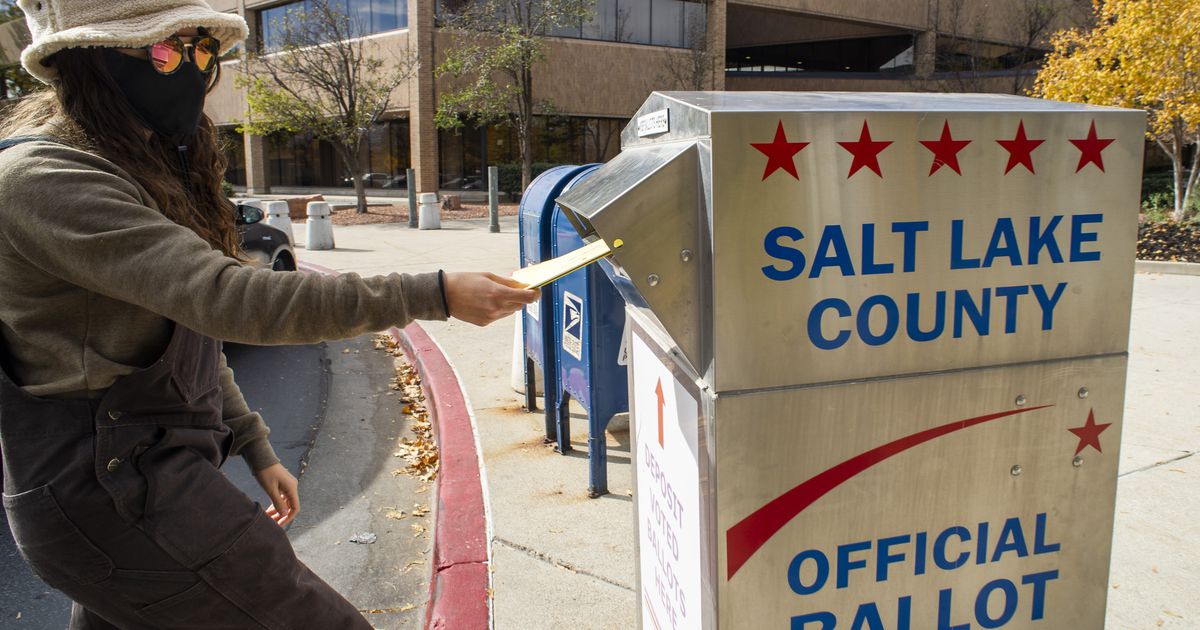 The Utah Legislature has given final approval to a bill that would allow more cities to try ranked choice voting in their local elections , beginning this year.

HB75 , sponsored by Rep. Jeff Stenquist, R-Draper, would broaden an existing ranked choice voting pilot project that the Legislature passed in 2018. The program allows municipalities to give the alternative kind of election a try before ranked choice voting is adopted more widely, if at all.

Ranked choice voting is an electoral system that allows voters to rank candidates by preference instead of only picking one candidate for a position. Voters submit ballots ranking their first and second choice and, if there are more candidates, third, fourth, and so on down the line.

All first choices are counted and if one candidate has a majority then they win, just as in any other election.

This process continues, with the lowest vote-getter being scratched from the list each time until one candidate earns a majority and is declared the winner. Ranked choice voting only requires a single round of voting: one ballot with multiple choices per voter. It is designed to ensure that the winner has support from a majority of participating voters.

Another bill sponsored by Rep. Mike Winder, R-West Valley City, would have adopted ranked choice voting for all state or county primary elections with more than two candidates. However, HB127 died without a public hearing.

The first version of HB75 would have required county clerks to administer this type of election if a city chose to try it, raising the hackles of county clerks who felt it would bring too many complications.

“County clerks feel they’re being coerced by the state. We should not mandate the counties to provide the service,” Rep. Merrill Nelson, R-Grantsville, said during floor debate. “The issue comes down to a separation of powers, not among branches of government but among levels of government.”

Stenquist said perceived inconveniences in administering elections should not prevent cities who want to use this new system from doing so.

“I know at least half a dozen cities just in Salt Lake County that want to try this and yet the county clerk is refusing to do it,” Stenquist said. “And that, I believe, needs to be resolved.”

An amendment that finally broke the logjam that had stalled the bill allows cities the option of contracting with a county clerk in a different jurisdiction to administer a ranked choice vote election.

“We think this is the best compromise we can come up with,” Sen. Curtis Bramble, R-Provo, said.

Stenquist said he knows that the Utah County clerk, which has conducted ranked choice voting for two of its cities would be willing to contract with cities outside its boundaries.