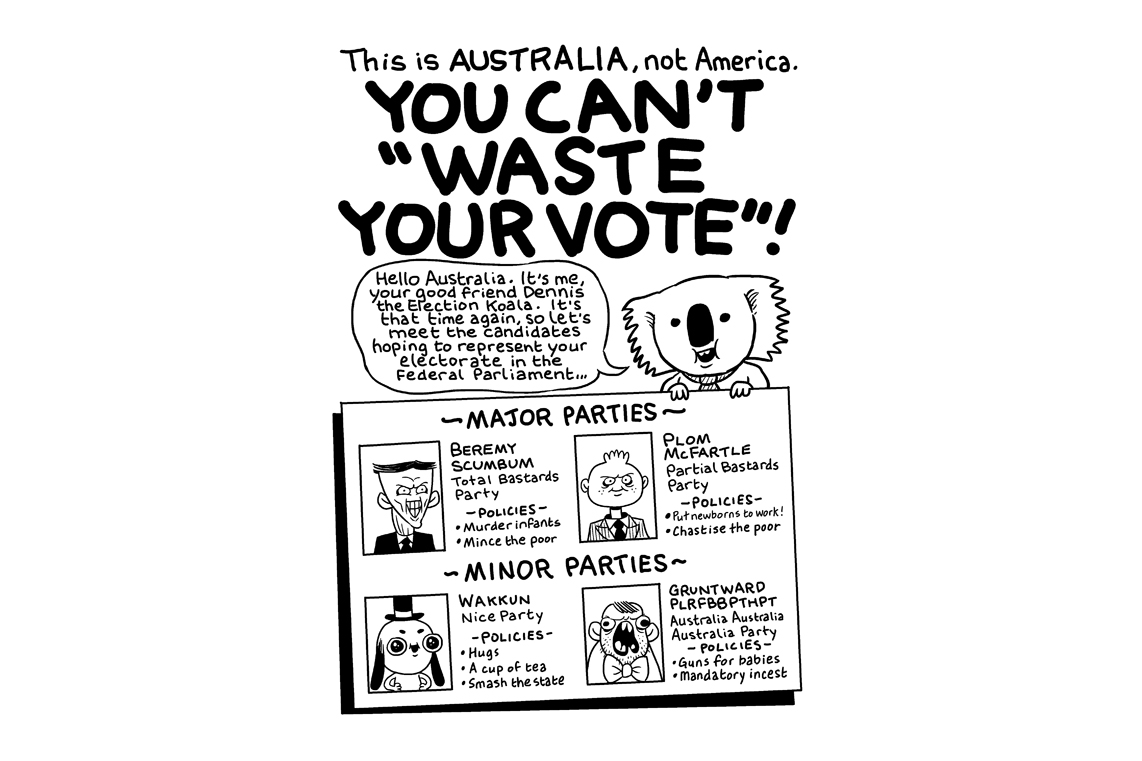 At the turn of the last century, six British colonies, with the approval of British Parliament, underwent a peaceful process of federation to become the Commonwealth of Australia. The new constitution took effect on January 1, 1901 when the six colonies became states. At the time, one of those states, Queensland, was already practicing a form of preferential voting—what we call ranked choice voting.

Queensland’s version of preferential voting, adopted in 1892, was an instant runoff system with only two rounds: the top two vote-getters in the first round would advance to a second round. The goal of the two-round system is to assure that the winning candidate has majority support. This is what France was doing at the time—and what it still does today. It’s also a process that’s followed in a number of U.S. states. The difference was that, in Queensland in the 1890s, the second round of voting was done on the very same ballot as the first.

It’s not difficult to see what the advantages of this approach were. When the second round of voting requires a second set of ballots, it tends to take place weeks later and only after significant additional expenditure. Not only that, but we now know that there’s a demonstrable decline in voter turnout when voters are asked to return and cast a second ballot. The beauty of the “contingent voting” that Queensland had adopted was that it collected all of the information about voters’ preferences on that one ballot. That saved both money and time, and the turnout for the second round was necessarily identical to the turnout for the first.

Nevertheless, when the Commonwealth of Australia came into existence in 1901, elections to Parliament were initially decided using a first-past-the-post system. But there was no clear sense that this was a superior way of doing things, and preferential voting was already being widely discussed. Early proponents wanted to adopt it for federal elections as a response to the increasing power of major parties. It was the Labor Party, which had first emerged in the 1890s and was becoming increasingly prominent, that proved to be most vocal against its adoption in those early days.

This might be a surprise for anyone who is inclined to consider voting reform to be a progressive cause, but in the early years of the federation, it was Labor that was benefiting from the split vote, while the more conservative parties were suffering from it. Rural conservatives had different concerns and interests from urban conservatives. Billy Hughes, Australia’s Nationalist Party Prime Minister from 1915 to 1923, had to contend with a rural faction that was starting to run its own candidates and thus split the conservative vote.

A key moment was a parliamentary by-election in Flinders in May 1918. In a story that’s as old as first-past-the-post elections, candidate John Hall was convinced by the Nationalists to withdraw from the race. This happened at the last minute as the result of a deal: Hall dropped out of the race in exchange for the government’s promise to introduce a bill for preferential voting.

Six months went by, however, and no such bill was introduced. Another by-election took place—this time in the electorate (electoral district) of Swan–when a sitting member of the House of Representatives died. The Nationalist Party tried yet again to convince the other conservative candidates, two of them, to drop out of the race; but this time they refused to do so. The vote was split, and the Labor candidate, a 22-year-old named Edwin Corboy, won the seat. A little over a month later, when another MP from the electorate of Corangamite died in office, it looked like this sort of vote splitting was going to happen yet again; but this time the government finally rushed a preferential voting bill through just in time. As a result, a member of the Farmers’ Union Party was elected to parliament for the first time.

The Australian Parliament is somewhat modeled on the United States Congress, with a House of Representatives and a Senate. The first bill covered only House elections, but after seeing the success of the Corangamite by-election, the Nationalist government quickly introduced preferential voting for Senate elections as well—in time for the federal election of December 1919. The Labor Party mounted objections to these bills of the sort that are all too familiar today: they claimed that preferential voting was cumbersome and confusing; and that these reforms were intended to boost one party’s chances of success over the others. But they couldn’t really argue effectively against the fact that preferential voting promoted majority rule—that is, that it resulted in elected representatives who actually had majority support from their constituents.

And after a hundred years of federal elections that use preferential voting, Australia has shown us that ranked choice voting is not confusing either. In the decades since its adoption, the political left has also come to see its advantages: the Green Party is able to make itself heard without splitting the left-of-center vote. Finally, recent research has also demonstrated that MPs who come from behind to win in a second or later round are more likely to communicate with constituents across the political spectrum—particularly those constituencies that gave them their majority.

Ellen Perry is Monsignor Edward G. Murray Professor of Arts and Humanities and the Director of Honors at the College of the Holy Cross in Worcester, MA. She is a professor of Classics and a beekeeper—both of which drive her interest in democracy—and she has been volunteering her time for ranked choice voting since 2016.