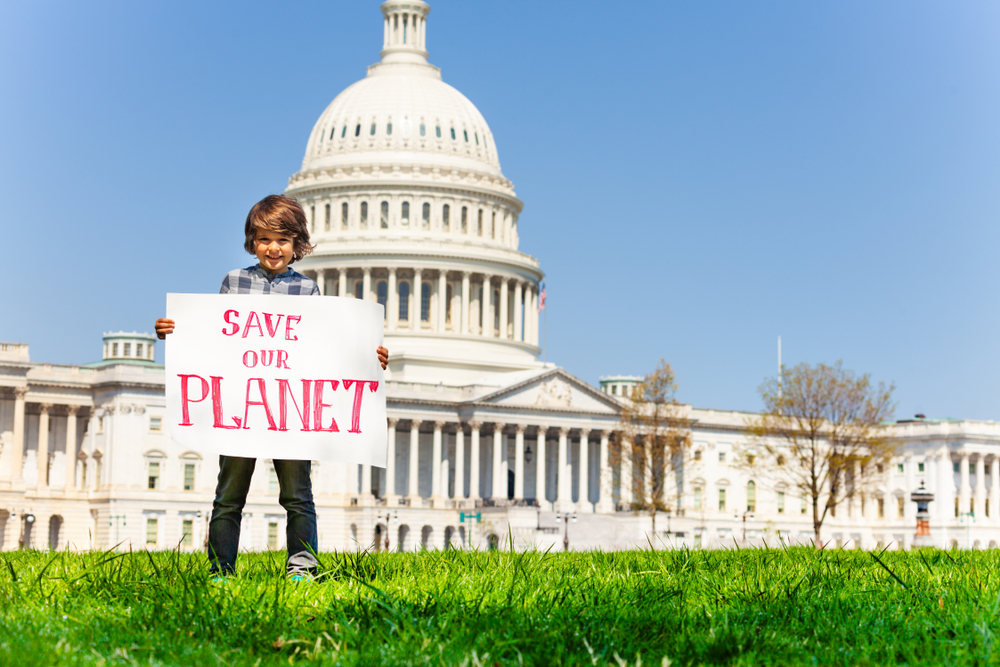 To save the planet, we must first save democracy. The United States has historically been a bulwark of preserving democratic principles. We’re at the precipice of a moment where we must choose again to preserve those principles, and in-kind preserve the planet.

The signs of climate change are everywhere in America—wildfires ravage the Western states, storms pummel the coasts, deadly heat scorches the South and hundred-year floods are annual events.

Signs of the breakdown of democracy are also everywhere in America—corporate interests run both major political parties, polarization is at its highest level in modern times, an alarming number of voter-suppression and anti-protest bills are being unleashed, and legislation aiming to fix systemic problems gets pushback from third parties. (Notably, Harvard law professor and activist Dr. Lawrence Lessig disputes those claims.)

Big problems require us to debate big ideas. The two-party system spoils our ability to debate big ideas. Every issue we face gets dumbed down to Yet Another Partisan Squabble. Because of that artificial divide, people themselves get framed in terms of good or evil—you are either a patriot or you hate this country. As a result, voters participate in partisan rancor or tune out of the whole process altogether. Both reactions are totally natural, but extremely dangerous.

Apathy and partisanship erode democracy. The hazards of apathy are clear—if voters don't hold elected officials accountable, the only thing that stands between politicians and their corporate donors is a conscience. Threats to democracy are compounded as partisanship breeds apathy among elected officials. Congressional gridlock has become an accepted way of life for too many. To quote John McCain, "We're getting nothing done, my friends."

Ranked choice voting changes all that. By giving voters more voice, we give more voice to innovative ideas coming from third parties, both on the political right and left. By allowing voters more nuance, our elected officials will be more able to debate with nuance. Under ranked choice voting, politicians would become less able to leverage division. Stoking partisan fires is just not as useful when politicians want your second- or third-choice vote. Wedge issues would cut less.

One example of how ranked choice voting enables nuance and progress on big ideas is in the intricate world of pharmaceutical research. In this domain, large groups of people work together to develop new drugs. For years, they must proceed with consensus and navigate a variety of incredibly complicated issues. Joshua Boger of Vertex Pharmaceuticals discusses how ranked choice voting enables groups to more quickly solve large complex problems.

For our current and subsequent generations, climate change is the largest, most complex problem humanity has ever faced. Its solutions are necessarily large and complex. At the very moment the world needs the U.S. to lead by example, the country is buckling under the weight of polarization. Empowering voters with more choice would allow us to break out from under the crushing weight of polarization and more intelligently move forward as a nation. Only then can we lead the world on climate.

David Brooks has dubbed ranked choice voting "one reform to save America," but maybe it can save the planet too.

Scotty Vercoe produced the award-winning documentary The Battle for Ranked Choice Voting, which tells the story of Maine's grassroots People’s Veto campaign and historic victory to become the first state to adopt RCV. Beginning in 2017, Scotty was a leading live outreach activist in the Massachusetts RCV movement.