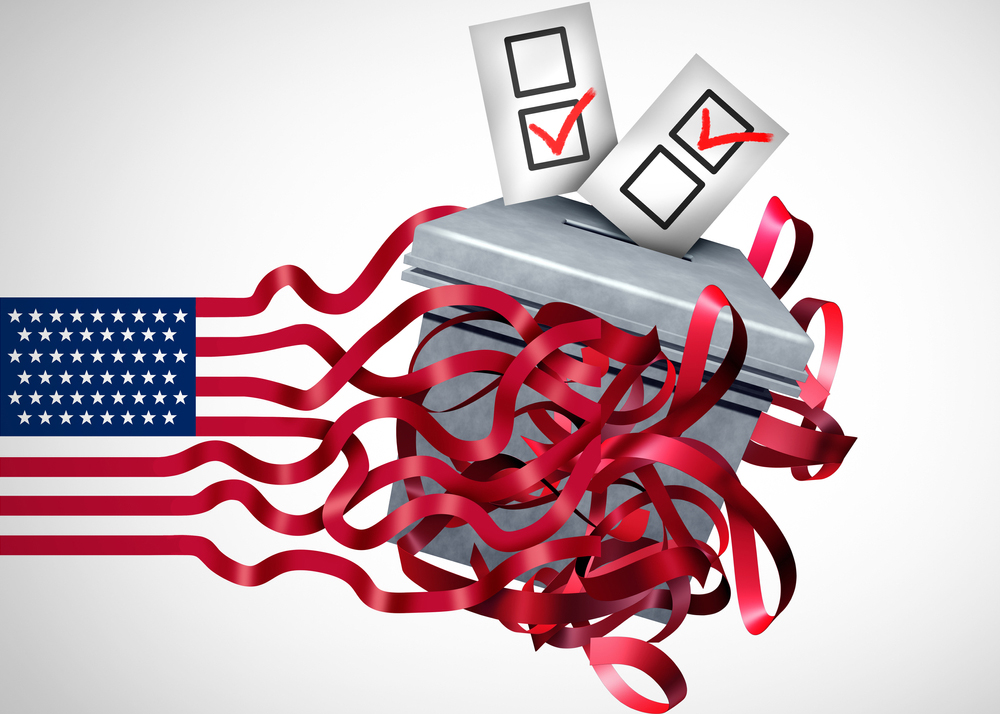 Americans have long believed that our democratic election process is the gold standard—a model for existing and emerging democracies around the world. And while our elections are more open and fair than many nations around the world, we aren’t exactly the shining city on a hill when it comes to elections.

Recent elections have brought out just how many flaws there are in our system. Voters are increasingly concerned about the integrity of the election process as well as the results. They are frustrated and many feel powerless to bring about meaningful changes.

Public debate has grown louder, and the “discussion” as well as campaign rhetoric has become increasingly polarized. Is there a way forward people can believe in? Almost everyone has an opinion, although specifically what is wrong with our elections depends on who you ask. Nonetheless, there are common themes that come up over and over again.

Key Concerns Aren’t All that New

Almost a decade ago, Heather K. Gerken published an article titled, “Why America’s Election System Is Failing.” At the time, she was a Professor at Yale Law School, now she also serves as Dean.

“Glaring evidence of dysfunction emerges every election year,” she wrote. “Ballots are discarded, poll workers are poorly trained, registration lists are not up to date, machines malfunction, and long lines discourage voters. Worst of all, obviously partisan officials change the rules to try to help their party in coming elections. Bit by bit, our country is losing its reputation for fair elections.”

Part of the problem, she said, is that voters never even hear about many of the failures, only “high-profile snafus” that threaten to affect the result of an election. Since citizens don’t realize the scope of the problem, they don’t demand that officials take corrective action. And when attempts are made, partisanship overrides the collective best interest.

Around that same time, the Electoral Integrity Project released a report, “Why American Elections Are Flawed,” which cited multiple major concerns, including:

Just last year, Laura Thornton expressed similar concerns. As a long-time advisor to international democracy organizations, she believes Americans need to “step back and view democratic procedures through the lens of global standards.” She says that, too often, no one questions the US (and other well-established democracies) “despite the practices and controversies that we would condemn swiftly in less established democracies.”

She is particularly concerned by “partisan obstruction of expanding mail-in ballots” in the most recent election, something she says should have been a logical measure due to the pandemic. She also worries about:

How can we fix what is wrong with our elections?

Laura Thornton says more scrutiny is needed. “The U.S. can no longer glide by on its laurels,” she asserts, “assuming election observation and democratic reform is only for ‘others.’ We must be held to the same standards.”

Yale Law’s Heather Gerken suggested a Democracy Index—a system designed to focus public attention on the process by ranking states and localities on how well they run their elections. With this system in place, people would not only know the truth, they would have data needed to make needed reforms or improvements. And, nationally, election administrators could develop a set of standards and best practices.

Consistent and fair processes are critical. But many legislators tend to instill election measures designed to keep their party in power. By creating a more even playing field through reforms like Ranked Choice Voting, American could simultaneously eliminate many, if not all, of the problems most concerning to voters. By promoting greater candidate diversity, more likely “majority rule” and fairness within each race, ranked choice voting may help to allay the fear and polarization that now characterize our election process.