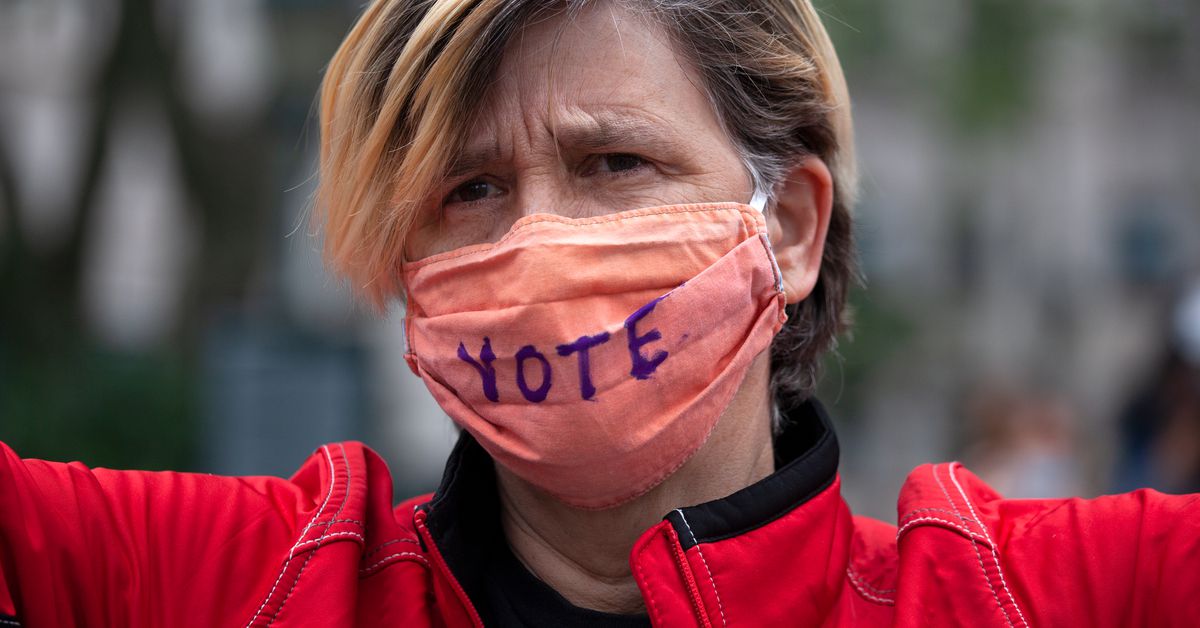 Candidates vying for offices from City Council to mayor in next year’s crucial city elections are already finding that they’ll have to wage educational campaigns along with the political ones.

That’s because of the advent of ranked-choice voting, in which voters will choose candidates in order of preference on ballots, overhauling how officials are picked and how political campaigns are waged.

Several candidates told THE CITY that they were frustrated with the lack of details provided by the city’s Board of Elections on how the agency plans to bring the public up to speed on the new form of ballot-casting, approved last November by voters via a City Charter change.

“You cannot just put something out there and expect people to automatically understand it,” said Josue Pierre, a Democratic candidate for City Council in Brooklyn’s Flatbush, Ditmas Park, Kensington and Prospect Lefferts Gardens neighborhoods.

“There’s a level of education involved and if you truly believe that people should be engaged in how their government is run and be a part of the process, you have to make an investment into that,” he added.

The Need to Know

Like the majority of seats in the 51-member City Council, the one Pierre is running for — currently held by Councilmember Mathieu Eugene — will be vacated because of term limits.

Prior to the pandemic, Pierre held a meeting through his local political group, the Shirley Chisholm Democratic Club, to inform residents about the new system. He noted that some of the seniors in attendance still walked away confused.

“Based on what we observed, it won’t be enough to do one-time explanations and examples. Educating voters on this new system must be done on a large scale and as often as possible,” he said.

The city’s Board of Elections, which is responsible for educating New Yorkers on the mechanics of voting, didn’t respond to requests for comment.

In a brief report required under the charter change, the board said it will mount a public information campaign using social media and traditional media. The elections board said it also plans to team with good government and community groups.

“The board will disseminate the details of the public education plan as same [sic] are available,” the report states.

But the report doesn’t say how much money the agency would spend on educating the public or give a date when it would begin the efforts.

Meanwhile, the city’s first ranked-choice race is likely to arrive as early as February: Bronx Councilmember Ritchie Torres is expected to win his U.S. House race in November, which would trigger a special election for his Council seat.

“Our concern is that when special elections roll around in February and March or when primaries come around in June, a lot of New Yorkers will go to the polls not knowing how ranked-choice voting works or why it’s important,” Tom Speaker, a spokesperson for the government-accountability group Reinvent Albany, said of the report.

Amoy Barnes, a Democrat who’s running for Council in a crowded race for Staten Island’s North Shore seat, said that all candidates seeking office in 2021 will have to prioritize voter education while campaigning to ensure that “this democratic experiment” is successful.

“I think any candidate running for office in 2021 should be educating their constituents on ranked-choice voting,” said Barnes, an ex-aide to Mayor Bill de Blasio. “That’s one of your jobs as a candidate.”

Under the City Charter changes enabling the ranked-choice system, voters will list their candidates in order of preference for all local races.

If no candidate receives over 50% of the vote, the hopeful with the fewest first-slot votes is removed from the race.

Each ballot’s votes get automatically reallocated to other candidates, according to order of preference — and the elimination process repeats if necessary — until someone passes the 50% threshold.

Voters will be charged with using this new setup — approved by 510,000 New Yorkers — to begin ushering in a new generation of city politicians, including the next mayor, starting with June’s primary elections.

But the effects will go far beyond the mayoral race and upend how politicians campaign with two-thirds of the City Council and four borough president seats wholly up for grabs because of term limits.

Many of the races are becoming crowded. And supporters of ranked-choice voting say that its effect on the way campaigns — both local and citywide — are conducted already is starting to play out.

“They’re going to try to appeal to more and more New Yorkers,” said Patrick McGinnis, who is on the steering committee of the pro-democracy group The Leadership Project.

He noted that unlike in conventional elections, no candidate can win without the support of at least half of all voters.

McGinnis added that ranked-choice voting reduces negative campaigning because “those people’s supporters aren’t going to rank you second, or third, or fourth, and therefore there is an incentive to moderate the rhetoric and actually focus on solutions.”

The use of ranked-choice voting elsewhere has spurred strategies once unheard of in U.S. politics. One case in point: In 2018, three Oakland, Calif., City Council candidates formed a “Women’s Leadership Slate” and endorsed each other.

‘It Changes the Narrative’

New York City candidates who spoke to THE CITY about ranked-choice voting agreed that it would create a healthier political atmosphere where voters would focus on policy platforms.

In her unsuccessful 2017 City Council bid, she repeatedly attacked Councilmember Debi Rose’s record and hammered her for not preventing delays on high-profile mega developments in the district throughout a heated Democratic primary.

Now she’s running again in a crowded open-seat race with one significant change: She doesn’t plan to go negative.

“Voters will have the final say. Rank-choice voting is advantageous because it makes the candidates stick to the issues at hand,” said Hanks, who leads a nonprofit focused on youth job development. “For me, I see it as an advantage — it changes the narrative of campaigns for the better.”