Ranked choice voting enables the largest number of voters to be happy with the candidate elected by enabling each voter to rank the candidates by preference.

People are fed up with toxic politics and unresponsive, gridlocked government dominated by powerful special interests. Grassroots leaders across the country are organizing to solve the source of the problem -- our flawed election system (click to read more).

Ranked Choice Voting is a simple fix to these problems. Instead of picking just one candidate, you can rank as many as you like on your ballot, in order of preference 1st, 2nd, 3rd, etc...

“This is my favorite, my first choice, but if they can’t win, don't throw my vote away, count it for my second choice...” and so on.

You can always vote for the candidate you are enthusiastic about without fear of wasting your vote -- you have backup choices if your favorite can't win. Your top choice is never harmed by ranking additional choices. 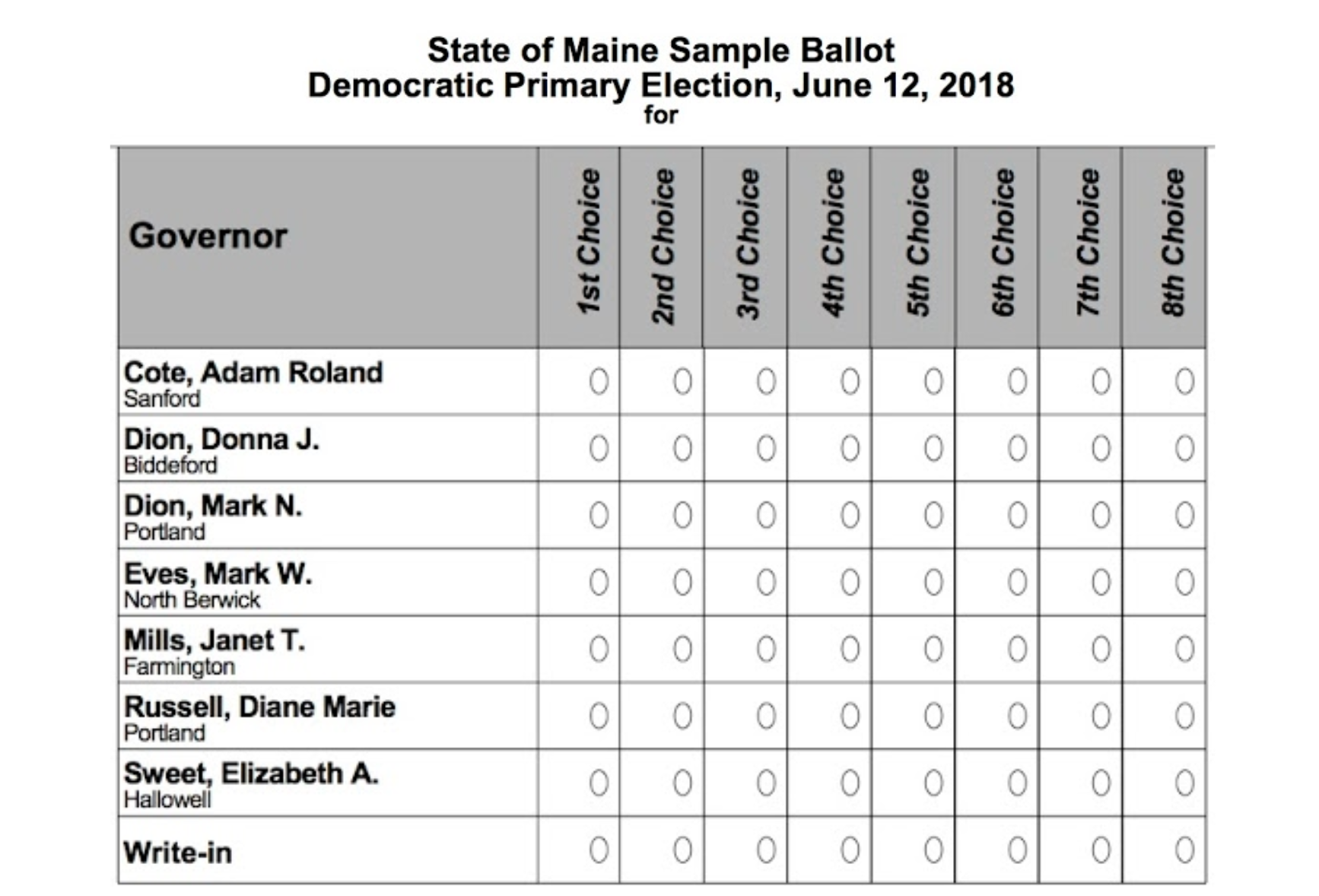 Ballots are counted in "instant runoff rounds" -- see this video explainer -- where contestants receiving the fewest top-choices are eliminated and their supporters' ballots are then counted toward the next choice indicated on each.

This process "consolidates" the voting power of like-minded voters, no matter how many candidates are running, rather than seeing the strength of their votes diluted and divided between multiple similar candidates. It means no more "spoiler problem", so more candidates with a variety experiences and ideas can choose to run, without worrying about distorting the outcome of the election.

These rounds repeat until one candidate has the support of more than half of the voters. Because winning requires a broad majority of support, candidates need to earn their opponents' supporters 2nd and 3rd choice votes on the ballot. This encourages them to find common ground and talk about the substance of issues, rather than mudslinging -- which alienates voters.

Ranked Choice Voting (RCV) is a simple but powerful solution (click to read more) that gives people a stronger voice and more choice when they vote.