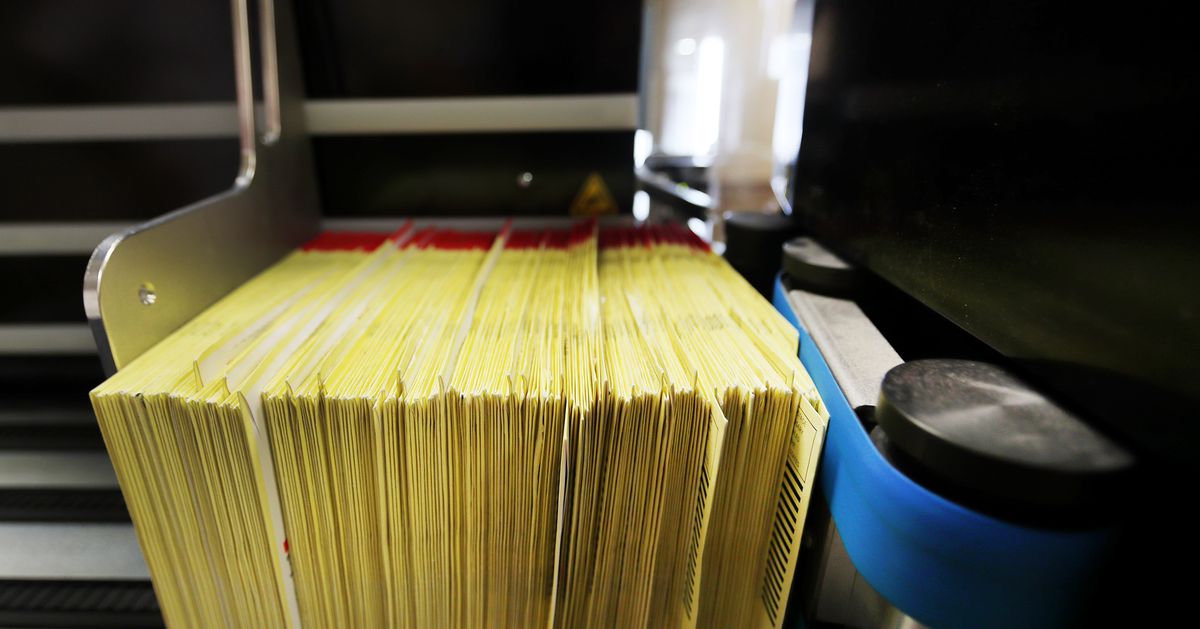 SALT LAKE CITY — Utah lawmakers may remake state and local primaries to ensure the winning nominee has majority support of his or her party, and one of the backers for universal ranked-choice voting is a senator who opposed the idea for years.

Rep. Mike Winder, R-West Valley City, is sponsoring HB127 because he wanted to provide a way for citizen voices to be fairly represented through their vote.

“That seems to be an elegant solution to the plurality issue of primaries, to make sure that we have a nominee that has a clear majority,” Winder said.

The change the bill seeks would apply to all state and county primary elections for all political parties. Ballots would move from an either/or option to a ranking system. Instead of picking one candidate, the voter will be able to pick candidates by ranking them as first pick, second pick, and so on. The bill allows up to five choices that could receive a vote in a primary.

“You see a lot more positive campaigns and less mudslinging with ranked-choice voting because you’re hoping that people, if they don’t put you as their first choice, they at least put you their second or even third choice,” Winder said.

Once all the votes are cast, the ranking system puts everyone’s first choice in the bucket of the chosen candidate. Whichever candidate has the least amount of votes is then eliminated and the ballots in the eliminated candidate’s pile are then resorted and given to the remaining candidates chosen as the second choice on those specific ballots. This system repeats until two candidates are left. The final candidate becomes the nominee when they gain over 50% of the votes. If there is a tie, lots will be drawn by an election official.

“I think one of the cons there, that’s probably going to take more time to count than we have now,” Justin Lee, the state’s director of elections, said.

Sen. Curt Bramble, R-Provo, is an unexpected backer of the bill.

“Up until a year ago, I was an opponent of ranked-choice voting, because all I was doing was looking at the academic literature. I didn’t take the time to look at what was actually happening where ranked-choice voting had been deployed. Between that and seeing what happened in our primaries, I became a believer,” Bramble said.

Ranked-choice voting has been allowed in Utah municipal elections as of 2018, with only a few cities trying it.

Utah County Clerk/Auditor Amelia Powers Gardner said ranked-choice voting occurred in the Payson and Vineyard municipal elections in 2019. While education was needed to help voters become familiar with how the new ballots work, she said voters found it pretty intuitive.

“You will find that other county clerks will come up with a list of like 73 things that could possibly go wrong. But when we ran that, what we found is that their fears didn’t pan out,” Powers Gardner said.

Power Gardners said her office surveyed voters who participated in the ranked-choice election and received 80% positive response, with voters agreeing the method should be used in primaries or other city races.

In looking at the potential benefits of ranked ballots, the officials all referred to the 2020 gubernatorial race, when then-Lt. Gov. Spencer Cox won the nomination in the Republican primary with 37% of the vote against three other candidates, including former Utah Gov. Jon Huntsman Jr. who received just over 34% of the vote. Cox became the Republican nominee without winning a majority of support from his party.

“At 37%, when there’s four candidates, that’s a very, very slim margin. Of those who voted, 63% went the other way,” Bramble said.

Bramble and Winder have both said ranked-choice voting would address this issue and solve the plurality problem and allow voters to give a candidate a clear majority.

Lee said that the other option would be for a run-off election, which would mean added costs for government to hold another election.

“I’ve done the deep dive and was willing to admit that my 40 years of opposition were really misguided,” Bramble said, “Ranked-choice voting gives you a chance to actually have your voice heard in a stronger way.