Would you elect this crab? Alaska pits fin against claw to practice ranked-choice voting 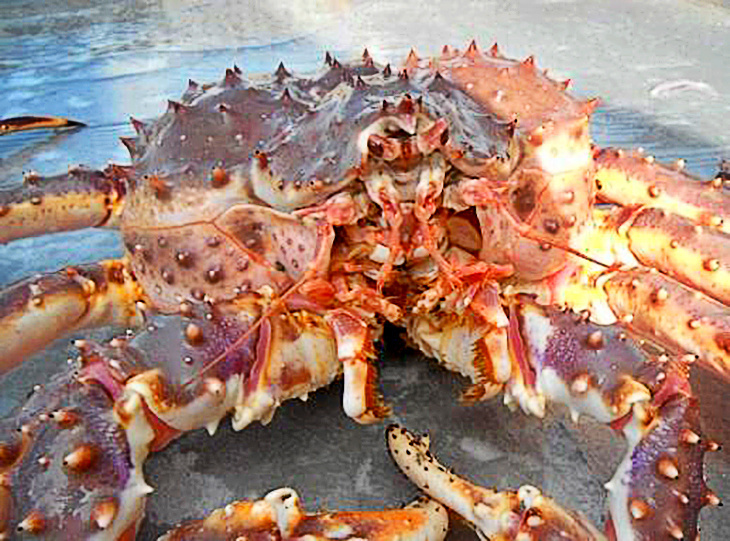 Last we checked, king crab was narrowly ahead of three other Alaska seafoods in the Division of Elections’ mock primary.

King crab, of course, will never hold elected office. But, for now at least, it’s got a lead for the title of “Best Seafood in Alaska” in an online election simulation app. The division is using it as a chance to begin educating Alaskans about how they’ll vote in 2022.

While most of the attention on the measure has been on ranked-choice voting, that doesn’t kick in until the November ballot.

So that’s the first lesson of Alaska’s mock seafood election: In the August primary, voters will find candidates of all parties on one ballot, and they can choose a single candidate per race, said Gail Fenumiai, director of the division.

“In the primary, you’re still going to get one ballot, there will no longer be multiple ballots to pick from, and you will still be selecting one choice for each race that appears on your ballot,” she said.

Fenumiai said the division’s public relations manager found the interactive online app that allows the state to set up a mock election.

So they put 18 seafood candidates on a pretend ballot. You’ve got everything from black cod to geoduck. Unlike in a real election, after you vote you can see the interim results.

RELATED : As Alaska prepares for first ranked-choice election, experts say now is the time to educate and test

Fenumiai said the real fun begins with the next stage

“At the close of polls at 5 p.m. on June 15, we will then tally the top four, and then we will create a general election, ranked-choice voting election,” she said.

Like the real election, the top four candidates will advance to the general.

The elections division will they’ll put out word when the seafood general election ballot is ready, Fenumiai said. Then, the public can go online and rank the candidates, one through four.

If no fish or shellfish wins a majority in Round 1, the last place finisher is eliminated and their supporters’ second choice selections are allocated to the remaining three candidates. The redistribution continues like that until one candidate gets a majority of votes cast.

Another thing to note: Although this seafood mock election is online, Alaskans will cast their real ballots next year in the normal ways — in person, or absentee by mail or fax.

As an elections official, Fenumiai avoids partisan activities, but she does confess to a preference among seafood.

She said this is not to be construed as a candidate endorsement.

To vote in this year’s mock seafood election, click here.