JOE KURLAND :: Greenfield Recorder
When I became a college student in Cambridge, so many years ago, not even old enough to vote in state or national elections, I had my first experience with ranked choice voting in the elections for... 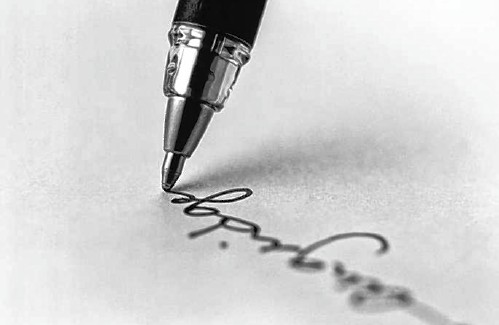 When I became a college student in Cambridge, so many years ago, not even old enough to vote in state or national elections, I had my first experience with ranked choice voting in the elections for student government. It made so much to me then, and it still does, because it guaranteed that no one could take office without the approval of a majority of the voters.

How does it work? On your ballot, you mark your first choice, second choice, third choice and so on for each office. If no candidate gets a majority and your first choice gets the fewest votes, your vote automatically goes to your second choice. If no candidate still gets a majority and your second choice now has the fewest votes, your vote automatically goes to your third choice. The process continues until someone has a majority of votes and is declared the winner. You never have to worry that by voting for your favorite, you will enable the one you dislike most to win. You never have to feel that you are voting for the lesser of two evils because your favorite is said to have the lowest chance of winning.

Let’s say there’s an election for mayor in which there are seven people running. Suppose five of them want to enact a popular policy and two are against. The five pro candidates will split the pro vote five ways, while the two anti-candidates split the anti vote only two ways. It’s easy to see that even if the majority of voters are pro, that one of the anti candidates could win an election. In ranked choice voting, the second, third, fourth and fifth choices of the pro voters would add up to a majority and the final winner would have broad support.

In comparison with elections for public office that I have seen over the years in which numerous candidates with similar positions on the issues split the vote so that the least popular candidate wins office, ranked choice voting ensures that cannot happen. Some localities mandate run-off elections to eliminate the possibility of a minority winner, but ranked choice voting, also known as instant run-off, achieves that purpose with more efficiency and greater accuracy. Because a traditional run-off election puts only the top two first-round vote-getters on the ballot, in an election with many candidates, those two might not reflect the approval of a majority of voters.

What else can we expect from ranked choice voting? Candidate A would be prompted to say, “I want you to vote for me, but please make your second choice, Candidate B.” There would be less rancor on the campaign trail, more cooperation during as well as after an election. Successful candidates will be those who appeal to a wide spectrum of voters rather than a small group that make up their base.

Remember to register to vote, request your mail-in ballot as soon as possible and put it in your town’s ballot drop box or mail it back in time for it to be delivered and counted by Nov. 3.

Be well, stay safe everyone.

Joe Kurland is a resident of Colrain.